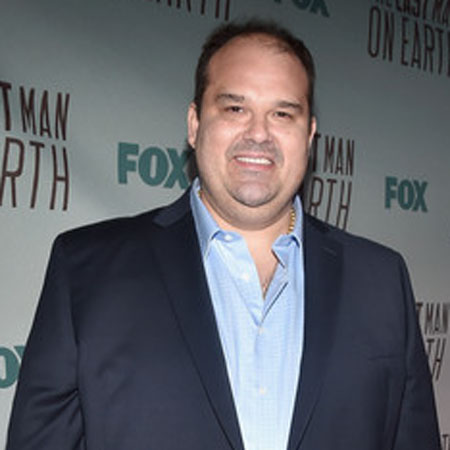 Forty-three years old Mel Rodriguez is an American actor best known for starring as Nurse Patsy de la on the HBO comedy Getting On and as Todd on the FOX comedy The Last Man on Earth.

Mel Rodriguez was born on June 12, 1973, in Miami, Florida, U.S. as Melvin Dimas Rodriguez. He belongs to the American nationality and his ethnicity is white.

Mel Rodriguez spent his childhood in a Caucasian family in little Havana with his parents. During his childhood, he was more interested in boxing rather than acting. He was into professional boxing but the same path changes into something bigger which led him to the field of acting.

Mel Rodriguez was dropped out from his school and managed to get a scholarship. He graduated from SUNY Purchase University. After a graduation, he stayed in Purchase and managed a cigar shop, by time to time tripping New York City for an act on stage.

Moving to his professional career, Mel Rodriguez spent a couple of years in stage drama and finally got to play on the screen in the year 1999 from the legal drama series Law & Order.

Mel then moved to Los Angeles to focus more on his screen career. Panic Room, Showtime, Garfield, Big Top, The Watch, Suburban Gothic, Fat etc are some of his film credits.

Most notably, Mel was the cast in the movie The Last Man on Earth alongside Will Forte, Cleopatra Coleman, January Jones etc.

Checking his personal sites, Mel Rodriguez is a married man. However, he has not revealed information about his wife. Mel even has a daughter from her.

Mel has posted a photo of his daughter in his twitter account with the caption " My Little Dreamer. Waiting on Daddy. Photo by my wife."

Mel Rodriguez stands tall with a height of about 5 feet and 7 inches. It is supposed that Mel received an attractive amount of salary for the role in The Last Man on Earth.

The net worth of Mel Rodriguez’s is estimated to be more than $ 1 million.