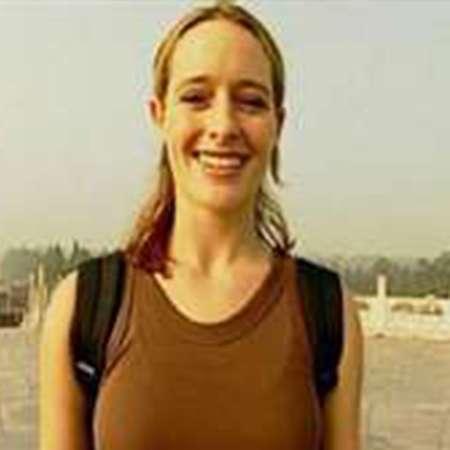 Megan McCormick is a TV presenter who came in the limelight after her work as a host in the Pilot Productions travel-adventure series Globe Trekker along with Christina Chang, Bradley Cooper, and more. She also was a host of Sea Nation.

Meghan McCormick began her career in journalism, working behind the scene of MSNBC's The News with Brian Williams. She is currently noted as the presenter and host for travel series, Globe Trekker.

Megan Leah McCormick was born on August 8, 1973, in Glendale, Ohio, United States. She spent most of her childhood days in Florida. She was highly enthusiastic in ballet and never estimated her life to go the way it is going now. Megan is of white ethnicity and American nationality.

Megan McCormick attended Boston University and graduated with a B.S. degree in Philosophy and Political science.

She began as an English teacher and a social worker. Later on, she began working behind the scenes of MSNBC. She worked behind the screens of the show, The News with Brian Williams. She was noticed by many directors and producers at the time.

In 1998, she became the presenter for Globe Trekker and hosted many shows. Since the beginning of the show to date, she has already been to countries like Greece, Italy, Ghana, Indonesia, Sri Lanka, China, India, Egypt, and Japan. Megan is also noted for her work in Treks in a Wild World.

Furthermore, she has been a host of a television series about abandoning all the luxuries of life and traveling by friends which are titled Sea Nations. She has appeared on 11 of its episodes. Megan is known to be very adventurous and fun-loving.

She is adored by her audience and is noted for giving good knowledge about the places she travels. She is regarded as one of the best travel hosts in the TV arena.

Megan McCormick is a TV presenter who gained massive fame after her work as a host of the Pilot Productions travel-adventure series Globe Trekker. According to some reliable sources, her net worth is estimated to be around $1 million.

Megan does not have a long dating history. She seldom talked about her past relationships and boyfriends. She is mostly focused on her work. Megan likes to keep her private life away from the media. Megan is married to her husband Gethin Aldous. Her husband, Aldous is a sound recordist. The couple met on the sets of Globe Trekker series.

The couple gradually fell in love. Together, the couple has two children, a daughter named Rie, born in 2004, and a son named Laszlo Lucca Thomas Aldous, born in 2010. She currently resides in New York with her family. There have been no reported extramarital affairs or disputes between the couple.

Megan currently resides in Texas along with her spouse and two children.

Megan has a very slim figure and her face is slender and long. She looks gorgeous in dresses but looks peculiarly sporting and good in trekking clothes.