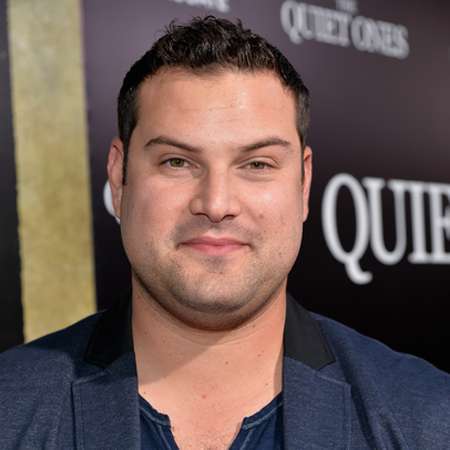 Max Adler is an actor rose to stardom and gained worldwide attention following his groundbreaking performance on the TV series Glee and Switched at Birth.

Max Adler was born on January 17, 1986, in Queens, New York, to his mother, Lisa, and father Doug Adler. Adler’s family shifted to Fountain Hills, Arizona, then to Scottsdale, Arizona when he was the tender age of one. Thus he spent most of his childhood days in Arizona with his younger brother named Jake born in 1992.

Adler went on to attend Horizon High School in Arizona and while there he was a First Chair All-State show choir member. Adler was always interested in music and acting. Thus after graduating, he moved to Los Angeles in order to pursue a career in acting.

Max Adler was first seen on screen as character Thompson in 2006 short film, Curt’s Brain. Later he went on to be seen in Pepper Dennis, What About Brian, Ghost Whisperer, Demons, Viva Laughlin, Valley Peaks, Cold Case, Chuck. In 2009, Max was offered a role in TV drama series, Glee. He thus began performing as character Dave Barofsky who bully’s a character named Kurt. Since then he has been seen on many of its episodes. He has gone on to be seen on The Defenders, The Glee Project, Last Resort, CSI, 23 Blast as character Cameron, Detention of the Dead, Believe Me. He also played the role of a recurring character named Tank in the TV series, Switched at Birth. He has been credited for Blue Bloods, The Big Bang Theory. Adler will soon be seen in 2016 film, Untitled Woody Allen film, and 2016 movie, Sully as character Jimmy Stefanik.

Max Adler's Net Worth And Earnings

Max Adler has earned a decent amount of money as the actor landed a number of major roles in both movies and highly rated TV series. In the year 2016, he was a cast in the movie Sully which became the quite hit at the box office grossing over $240 million against $60 million budget. In the movie, he shared the screen along with Tom Hanks, Aaron Eckhart, and Laura Linney.

Max Adler does not have a long dating history. Adler is married to Jennifer Bronstein. The couple married in Dec 2015. The two became engaged in 2012. He is living happily together with his wife. The couple has not had any reported disputes.  The couple began dating in 2009 and fell in love. Adler is reluctant to speak about his private life in front of the public and the media. The couple before they engaged was on a vacation in Rome where the actor proposed his girlfriend Bronstein.

Max is strictly against Bullying and supports the LGBT community. He has raised awareness about bullying and showed his strong disliking towards it in the social media site Twitter.  Adler is known to have worked with the Facioscapulohumeral Society to aid in raising awareness of the hereditary muscle diseases due to which his mother and grandmother died. He has also spoken at the Anti-Defamation League Concert Against Hate at the Kennedy Center in 2010. Max is adored by his fans for his hard work and excellent acting skills. He has been nominated in awards like Screen Actors Guild Award for Outstanding Performance by an Ensemble in a Comedy Series.