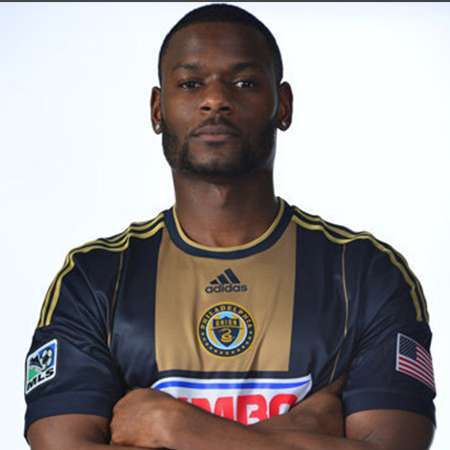 Edu Maurice Edu Jr. popularly known as Maurice Edu is an American soccer player, born in the year 1986 April 18 at Fontana, California, USA from the Nigerian Immigrants parents.  His father Maurice Sr. was a mathematics teacher and his mother Molly, a chemistry teacher. Maurice has four Siblings, three sisters and a brother named Ugo Edu, Imeh Edu, Molly Edu and Reggie Edu respectively. He is 28 years old having height of 186 cm and has the body weight of 82Kg. He was born and brought up in America. He attended Etiwanda High School. He made his professional debut in the year 2007. According to the Salary statistics of 2012, the Salary of Maurice Edu is reported to be 1.38 million US Dollars. His Current Net Worth is 1.3 million pounds. The name of his agent is not available. Model Lauren MacDonald is the name of his ex-Girlfriend. Maurice Edu had the playboy kind of nature.

Maurice Edu or simply Mo prefers his right foot while playing in the soccer field but performs well from his weak foot as well. He is very strong and energetic. He plays from the main position of Defensive Midfield but can play off well as a Central Midfield or Central Defense. He has good control on the ball. He is good at headers and passes. His standing tackles are nicer than the slides. He is enthusiastic and energetic one. He is skilled in defending. He has good speed, balance and agility in the field. He is not the popular name in the international Soccer world.

Maurice Edu used to play soccer from his young age. He started his youth career from the Maryland Terrapins, the club of University of Maryland, College Park, in the year 2004. He spent two years in the team. In 2007, he made his professional debut joining the Canadian Club Toronto FC. He spent a season in this club appearing in 38 matches with 5 goal scores. Later in 2008, he joined with Rangers on five year contract. He played regularly in the team appearing in 96 matches with 9 goals. He had the serious knee injury leading to Surgery during this time.

Maurice Edu joined the Premiere League side Stoke City after the release from the contract with Rangers. He signed the three year contract with the club. He has appeared in a match from Stoke while most of his time, he was transferred on loan to other clubs as Bursaspor in 2013 and Philadelphia Union in 2014.He is playing in the Current Team of Stoke City as a Midfielder from squad No.13.

Maurice Edu is in the first team of United States Men’s National Soccer Team since 2007. He has appeared in 46 cap matches from this team with a goal. He has the experience of playing in United States under 23 National Soccer Team in the season 2007-2008 where he appeared in 6 matches from the team.  Maurice achieved the MLS Rookie of the Year Award in 2007 and was featured in FIFA 2009 as cover stars alongside Ronaldinho Guillermo and Ochoa in North America.