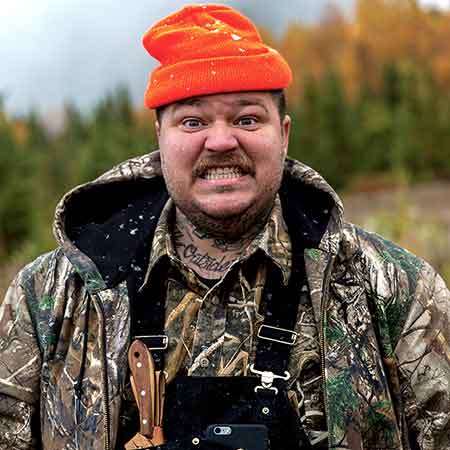 Canadian bad boy chef, Matty Matheson rose to fame after starring in the Viceland television series, Dead Set on Life. He is widely popular on Instagram for posting wild antics food-related posts with 465k+followers as of September 2018. He is also the executive chef at Parts and Labour.

Matheson was raised along with his three siblings; two brothers, Stephen Matheson and Adam Matheson and sister, Sarah Matheson.

Matty Matheson moved to Toronto, Canada at the of 19 to start his cooking career. He joined Humber’s culinary school but dropped out two weeks before his graduation to attend the tour with a band.

He first worked at a French restaurant, Le Sélect Bistro. In 2006, he moved to another restaurant, La Palette where he worked for two years.

In 2011, Matheson founded the Group of 7 Chefs in Toronto and in 2012 he started P&L Catering. He is the executive chef at Parts and Labour. He also is known for bringing chefs together from the U.S. and Canada for the Northern Alliance.

At the age of 26, Matheson opened his own restaurant. He rose to fame after starring in the food TV show Dead Set on Life in 2016. The success of the show helped him to gained international popularity. He also starred in Its Suppertime! (2017), Workin' Moms (2017).

Matty Matheson is one of the popular Canadian chefs who garnered success in a short period of his career. He has an estimated net worth of $2 million.

In the USA, the average salary of the chef is $75k but Matheson is quite experienced in this field so, his salary is more than the average figure. He is the owner of a restaurant in Toronto which market value is in thousand dollars.

Matty Matheson is a married man, he exchanged vow with his longtime girlfriend, Trish Spencer at an intimate ceremony. The couple is proud parents of a son, Mac Matheson and expecting a baby girl which he confirmed via Instagram.

CAME HOME TO THIS!!! HUGE SURPRISE!! MAC IS GETTING A LITTLE SISTER!!! LOVE IS LOVE!!! CRAZY HAPPY RIGHT NOW!!! LOVE YOU TRISH AND MAC!!!!

Matheson is quite active on Instagram where he has over 465k+followers as of September 2018. He often shares his son's pictures and wild antics food-related posts.

He is a tattoo lover and tattooed his whole body. He is a huge fan of Canadian chef, Martin Picard to whom he cited one of his culinary heroes.