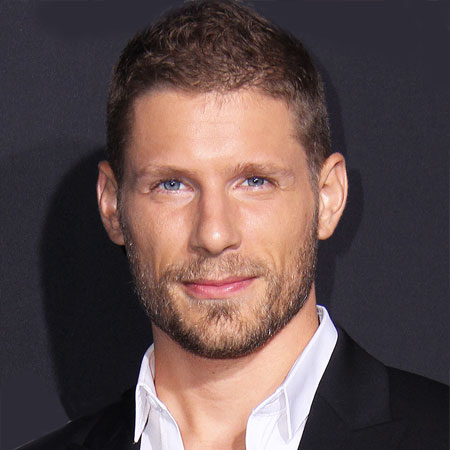 Matt Lauria is an actor and musician. Starting his acting journey playing the role in NBC sitcom 30 Rock in 2007 he rose to stardom and gained a huge attention following his marvelous performance on the NBC drama Friday Night Lights. He was also a cast member of the Parenthood as well as hit TV series Kingdom.

Matt Lauria was born on June 22, 1982, in Virginia to an animator and an artist father and a mother who was a nurse. He has an American nationality. Lauria and his family relocated to Ireland when he was seven. He spent his childhood days in Dublin with his two siblings.

Matt was later moved back to the US to attend high school. Matt joined the University of North Carolina School of the Arts in the drama conservatory and received his formal acting training. Matt is noted to hold a BFA degree in drama.

Matt Lauria kick-started his acting career appearing in the 2005 short film Racc* * n as character Sam Roxbury. Only a few weeks after landing in New York, Lauria garnered a guest starring role of character Winthrop on NBC’s comedy series 30 Rock. Later in 2008, he appeared in an episode of Law and Order. He then acted in 13 episodes of NBC's comedy-romance Lipstick Jungle as character Roy Merritt.

In the year 2009, Lauria made an appearance in a short film 8 Easy Steps and also seen in an episode of The Forgotten. The same year proved to be quite successful for him when he got the role of Luke Cafferty in the Emmy Award-winning Show Friday Night Lights. He appeared in 26 of its episodes.

In 2011, Lauria was the main role of in the show The Chicago Code and was seen in 3 episode of CSI: Crime Scene Investigation. In 2013. Matt appeared in the TV movie, Gilded Lilys as character Charlie Carnegie. In 2012, Lauria landed the role of Ryan York in the series, Parenthood. He has till date been seen in 25 of its episodes.

In 2014, Lauria got the role of character Ryan Wheeler in the highly rated series Kingdom where he appeared alongside Frank Grillo, Kiele Sanchez, Jonathan Tucker, and Nick Jonas. His upcoming film projects are Miss Bala and Baft.

Matt Lauria's Net Worth And Earnings

Matt Lauria is married to his longtime girlfriend musician Michelle Armstrong is also the band member of Dame. The couple met each other at a Denver airport when Lauria was just 16. Just a year after the two began dating. They married in 2006.

His wife Armstrong is represented by the record label Playing in Traffic Records, and Loophole Management. Despite their long marriage journey, they do not have any child. And it's been over a decade that the couple is living happily with no rumors of divorce.

Lauria is also an avid electric guitarist apart from being an exceptional actor.