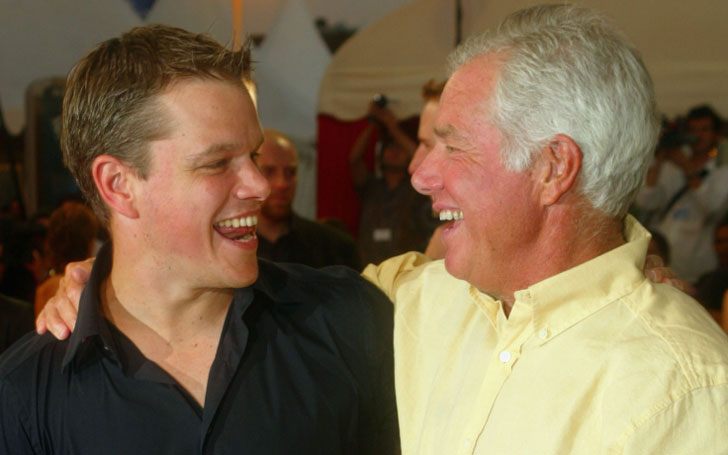 Actor Matt Damon's father Kent Damon has passed away at 74 after a long battle with cancer.

The Good Will Hunting actor's publicist Jennifer Allen said in a statement Saturday that Kent, 74 died on December 14 in Massachusetts of complications from multiple myeloma. 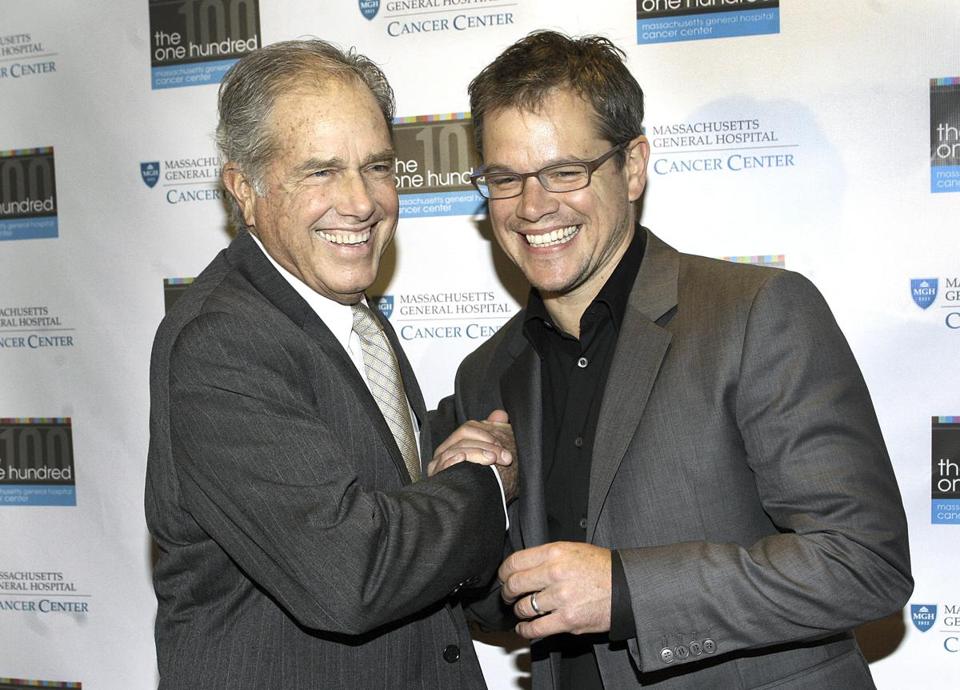 Actor Matt Damon with father Kent Damon, who died at 74

In a recent chat with Extra, Matt told,

It's been a slow unfolding, my dad's sick, so that's been a process we're going through. We'll take any prayers you got.

Moreover, the 47-year-old actor had canceled many of his appearances recently to be his father's side while promoting his new movie Downsizing. He missed the 2017 Britannia Awards in England, where he was honored with the Stanley Kubrick Award for his excellence in film, to return to his hometown, Boston.

Matt and his father Kent helped honor the doctors at the Massachusetts General Hospital, where Kent was being treated, at an event in Boston in 2011.

We've lost some close personal friends to cancer in recent years, but I never thought it would happen to my dad, the marathon runner

Matt said at the event. Kent, on the other side, praised his son saying, "He's all you could ever ask for in a son. It's been a wonderful ride being his dad."

Matt Damon with his father, Kent at the 2010 premiere of The Town

Kent was diagnosed with cancer in 2010, however, Matt made it public a year later where he revealed he was in remission from the rare blood disease multiple myeloma.

We express our heartfelt sympathy to the actor and the bereaved family.