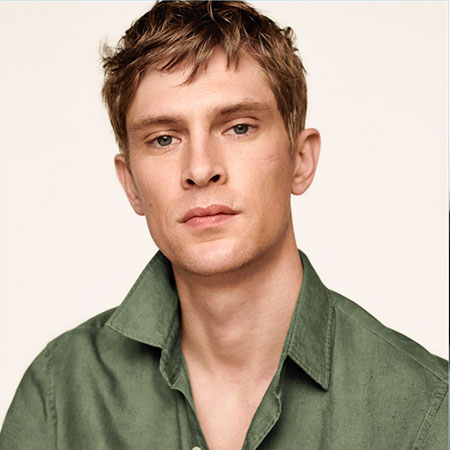 Mathias Lauridsen is a Danish model who has worked for major international fashion brands and was listed in the list of the top 10 male models of all time by Vogue in 2014. Further, he was featured in the editorials of popular magazines such as L’Uomo Vogue, Vogue Italia, Vogue Paris, Numéro Homme, GQ, GQ Style, and Details.

Mathias Lauridsen was born on 13th January 1984 in Denmark, under the birth sign Capricorn. He holds Danish nationality and belongs to Caucasian ethnicity.

Talking about his career, he began modeling at the age of nineteen, signing with the Copenhagen-based Scoop modeling agency. He was then offered several contracts which include, Gucci Pour Homme II fragrance.

Notably, Lauridsen was the youngest model to be ranked number 1 on models.com's Top 50 Male Models list for more than two years. Further, he was ranked #2 in the list of the Most Successful Male Models Of All Time by Forbes.

Mathias Lauridsen is one of the most successful Danish male models who has been featured in the number of magazines and in advertisements. He has earned a decent amount of money from photo shoots, as well as from brand endorsements.

As of 2019, he might possess a net worth in millions, however, Lauridsen’s exact net worth is still under the radar. In July 2014, Lauridsen was named one of the Top Icons Men and The Money Guys on Models.com.

Mathias Lauridsen is living a blissful married life with Swedish stylist Zara Zachrisson. The couple tied the knot on 30th August 2014 in New York, attended by friends and family.

Zachrisson’s sister Lykke Li, a Swedish singer, songwriter, and model, performed at the reception as the happy newlyweds enjoyed their first dance. Lauridsen and Zachrisson are yet to welcome a baby yet.