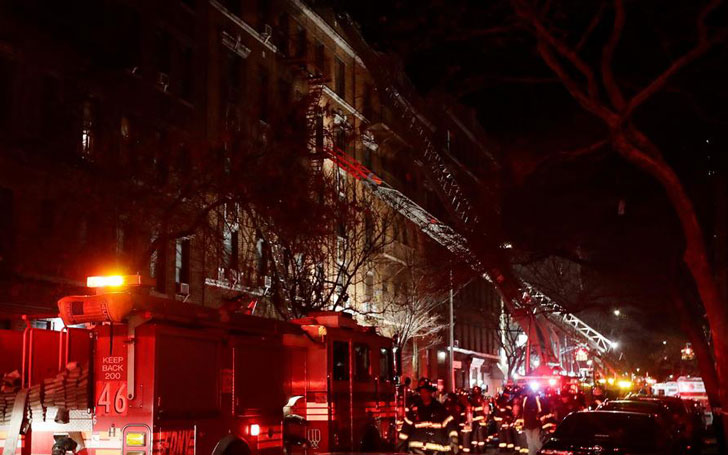 At least 12 people killed and 15 injured in a massive fire broke out at a Bronx apartment building Thursday night, 28 December, multiple sites confirmed.

The New York mayor, Bill de Blasio told the reporters, ''the blaze will rank as one of the worst losses of life to a fire in many, many years." He continued,

The cause of the huge fire, where 12 lost their lives while 15 struggling for their lives at the local hospital, is not known yet. The New York Fire Departments mentioned over 160 firefighters were working to get the blaze down in a tweet.

According to the reports, the fire broke out on the first floor of the apartment building and quickly spread upstairs. The city fire commissioner Daniel Nigro said,

People died on various floors of the apartment, ranging in age from 1 to over 50. in a department that is surely no stranger to tragedy, we're shocked by the lives lost.

About 170 firefighters worked to bring the blazes under control after the first alarm sounded at the five-story building about 7 pm local time.

The nearby school was set up as the shelter for the evacuated from the building, said Mr. De Blasio speaking at the scene. Blasio said,

Tonight, here in the Bronx there are families that have been torn apart. This is the worst fire tragedy we have seen in this city in at least a quarter-century. Based on the information we have now, this will rank as one as the worst losses of life to a fire in many, many years.

City officials reported the Crotona International High School would be opened as a reception center for the displaced families. Moreover, the American Red Cross will also provide housing for the homeless.