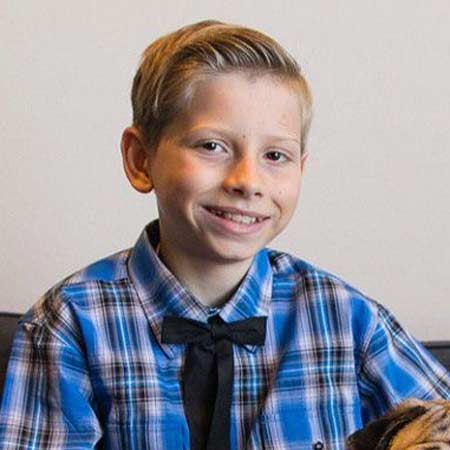 American country music singer, Mason Ramsey is popularly known as ''The Walmart Yodeling Boy.'' He set the internet on fire when the video of him singing and yodeling in a local Illinois Walmart went viral on social media.

He started singing at the early age of 3 and performed in several places and TV shows as well.

In 2018, Ramsey signed a recording deal with Atlantic Records and Nashville-based Big Loud. He released his first single, Famous which earned over million streams on Spotify.

Mason Ramsey was born on 16th November 2006 in Golconda, Illinois, U.S. He is Scorpio which defines his personality to be fascinating and magnetic. He is American by nationality and belongs to the White-American ethnicity.

When Ramsey was for three weeks when he started living with his grandparents, Ernest and Francis Ramsey. He is estranged from his parents. He has an elder sister.

Happy #FathersDay to the man that raised me

At the age of 4, Ramsey sang at Carson Center for Josh Turner, and the next year he opened for Gene Watson. When Ramsey was 7, he sang with Kenny Rogers on the Christmas TV show.

He gained international fame when the video of him singing and yodeling in the local Walmart in Harrisburg, Illinois went viral on YouTube, Facebook, and Twitter. Later, he was recognized as ''The Walmart Yodeling Boy''.

Ramsey is also nicknamed, Little Hank after his cover of Hank Williams. At the age of 11, he signed a recording deal with Atlantic Records and Nashville-based Big Loud.

As of 2018, he released his debut single, Famous. He also performed with DJ Ethan Snoreck at Coachella.

Mason Ramsey's net worth is over a thousand dollars, however, the amount is still under review. His debut single, Famous gained over 600k Streams on Spotify on the first day.

As of 1st May 2018, the song received over 2.13 million streams. Moreover, he is also earning from the signing deal with Atlantic Records and Nashville-based Big Loud.

Walmart organized a concert for him after the video went viral. Walmart also provides a $15k scholarship to his future college tuition.

As of 2018, he has over 1.9 million + followers on Instagram and over 271k + on Twitter. Her grandmother handles his social media accounts.

In 2018 Coachella, he hangs out with the famous Canadian singer, Justin Bieber. He takes Hank Williams as his idol.

Besides, he is living with his grandparents and has not revealed any information regarding his parents.

Check out the video of Mason Ramsey on The Ellen Show,