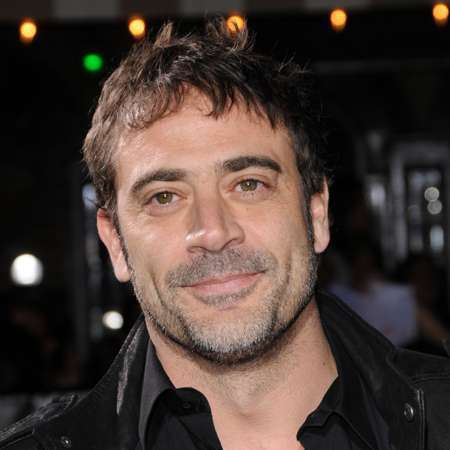 Jeffery Dean Morgan is an actor of American nationality known best for acting as Denny Duquette in Grey’s anatomy, John Winchester on Supernatural, Evans in Magic City and he is set to appear as Negan on AMC’s The Walking Dead. He is known for several of his television and film roles.

Morgan was born to father Richard Dean Morgan and mother Sandy Thomas on April 22, 1966. Born in Seattle, Washington he attended the Ben Franklin Elementary School as a child. He also studied in the Rose Hill Junior High as well as the Lake Washington High School.

My pop. Happy dads day. I look at this picture a lot... it sits atop the mantle at our farm... one of gus’ favorite photos ever. Mine too. I often wonder how at 20 years of age you were able to do all you did. The sacrifices you made... Thank you for being my dad... for setting an example in so many ways, for allowing me, reluctantly at times to follow my path. It’s been a journey, one that I couldn’t of done without you. I’ve spent 52 years with you as my hero, wanting to make you proud. And now as a dad myself... I hope that my boy looks at me the same way I look at you. Dads and sons. No relationship is trickier or more important in a boys life. We win. Thanks pop. Thank you for pushing me while standing next to me. I love you.

His career as an actor started with the 1991 film Uncaged and has since appeared in 25 feature films.  He appeared as Dr. Edward Marcase in the television series The Burning Zone in 1996-1997.

As of 2005 and 2006, Morgan appeared in the television series Supernatural as John Winchester and as Denny Duquette in Grey’s Anatomy and as Judah Botwin. He since appeared in other series like Monk, ER, JAG, The O.C., Texas Ranger, Sliders, Angel and CSI: Crime Scene Investigation.

The movie is a version of Cecelia Ahern’s book P.S. I Love You also cast Morgan after which he acted in the movie The Accidental Husband. He starred in the 2008 thriller The Resident and the drama Days of Wrath after which he appeared on Watchmen and Taking Woodstock on 2009.

His other appearances include acting on Texas Killing Fields, Magic city, The Possession, Red Dawn before being cast as Joe DiMaggio in Marilyn. Texas Rising portrayed him as Deaf Smith and he has been cast as a regular in the CBS drama Extant. The Good Wife portrays him as a freelance investigator and he is set to play Negan on the AMC TV series The Walking Dead.

Morgan has accumulated a net worth of 4 million through his acting career. An average salary if the actor is around $50k per year and he must be receiving more than this amount as his salary.

The bio and wiki sites of Jeffery are searched widely all over the internet by the fan following he has accumulated through his numerous acting credits.

Morgan was rumored to be having an affair with Marina Drujko in the early 2000s. He was in a brief relationship with Sherrie Rose. The affair started in 2004 and ended in 2005. Sarah Lancaster was Morgan’s girlfriend in 2005. They too dated for a year before splitting up a year later in 2006.

Morgan also dated Mary Louise Parker in 2006 and the relationship ended after two years in 2008. They had even engaged in April 2008. In 2009, Sherrie Rose claimed that Morgan was the father of her four-year-old son Dean Morgan.

Morgan started dating stress Hilarie Burton in 2009 and the couple has two children together. Their son Augustus was born on 2010, March and daughter were born in February of 2018.

...a pic of me and mine in North Carolina a few weeks ago. A damn beautiful place, full of amazing people. Special certainly to us, and I’m sure lots of you. As many of you know, i just got back to Georgia from Houston, meeting some of you that I was supposed to meet a year ago, a meeting delayed because of hurricane Harvey. A year later, and hurricane Florence was/is continuing its massive path of destruction thru the Carolinas. Wilmington, @hilarieburton hometown, and where her family still resides... has been devastated. Lives have been lost, homes destroyed. These disasters that are happening far too regularly... They all hurt, and this one in particular, has hit very close to home at our house. Hilarie, being Hilarie... on the frontline of so many great causes, and fighting for anyone in need. She’s been busy. Her and the ladies of “One Tree Hill” a show that was filmed in Wilmington for 10 years @danneelackles512 @sophiabush and the rest have started a fundraising campaign for those in desperate need of help as a result of this storm and the continuing flooding. Here is what I can promise... if you are able to help... Not one penny is wasted... it’s going to find the folks that need it the most. I trust these women with my life... literally. I have no doubt they, and I’m sure myself and @jensenackles and more, will be there. Boots on the ground, as soon as they’ll let us in... doing what we can. Y’all know I think you are the greatest, so, if you can help at all, follow link in my bio. If not? Good thoughts and prayers mean the world. I can’t tell you thank you enough. Xojd

They are in no hurry to get married. He has never been married and hence there is no question of divorce. Currently, they reside together in Dutchess County, New York.