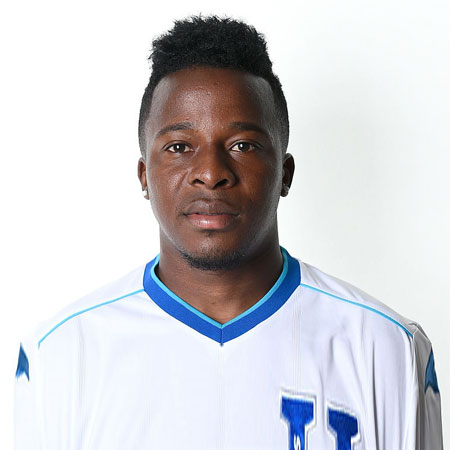 Marvin Antonio Chavez is a Honduran football player, born in 1983 November 3 at La Ceiba, Honduras. He cherishes the height of 165 cm and has the weight of 66 Kg. Milita Lorena Alvarez and Juan Chavez is the names of his parents. His parents gave birth to four children, Camille Chavez, Daekille Chavez, Catlin Chavez and himself, Marvin Chavez. He was born and brought up in Honduras. There is no other information available on his personal life. He is nicknamed as “el hijo del veinto” meaning “son of the wind”. According to the 2012 salary record, his salary was mentioned to be 150 thousands USD. There is no information on his agent. His current market value is 400 thousands USD.

Marvin Chavez is a talented midfielder whose main position is from the right wing but he can play well from left wing as well as a Centre Forward. He is physically very fit. He is young, energetic and enthusiastic player with full of ambition. He has marvelous balance and speed in the game. He is very agile with acceleration. His attack and defensive work rate is both very good. He is a left footed player. He has very good dribbling skills. He is good at crossing and tackling. His headers and shoots are very accurate. However due to height he avoids headers and does not like to play ball in the air.. He likes to play in short passes rather than long.

Marvin Chavez was fascinated on football since the young age. He made his professional debut from his native club called Victoria in 2005. He spent 3 seasons playing at Victoria appearing in 26 matches bagging 6 goals for the team. In 2008, he made his move to another native club called Marathon. He spent two years in this club playing in 22 matches with 6 goal scores. He spent five years of professional career in his native clubs. While playing for Marathon, he was loaned to an American Club called FC Dallas of Major League Soccer. FC Dallas then won the Major League Soccer Western Conference Playoff Championship 2010. Being impressed by his play, he was proposed to sign for the club. He signed with FC Dallas in 2011. He appeared in 32 matches from the team with six goal scores.

In 2012, he was traded to San Jose Earthquakes. He spent a season at San Jose. In this time duration, he assisted the team to win Major League Soccer Supporters Shield 2012 and Major League Soccer Wester Conference Regular Season Championship 2012. Spending a season at San Jose, he made his move to another American Club in 2014 called Colorado Rapids. Having played in 2 matches in this club, he joined at his recent Club Chivas USA in 2014.Marvin Chavez plays in the Current Team of CD Chivas USA since 2014 May 8. He plays as a midfielder in the football pitch from the squad No.81. He is in the Honduras National Team since 2006. He made his international debut from the National Team in 2006 August playing a friendly against Venezuela. He has represented his country in 6 FIFA World Cup qualifiers matches, 2009 and 2011 UNCAF Nations Cups and 2009 CONCACAF Gold Cup. He has appeared in 37 cap matches from the National Team scoring 4 goals.