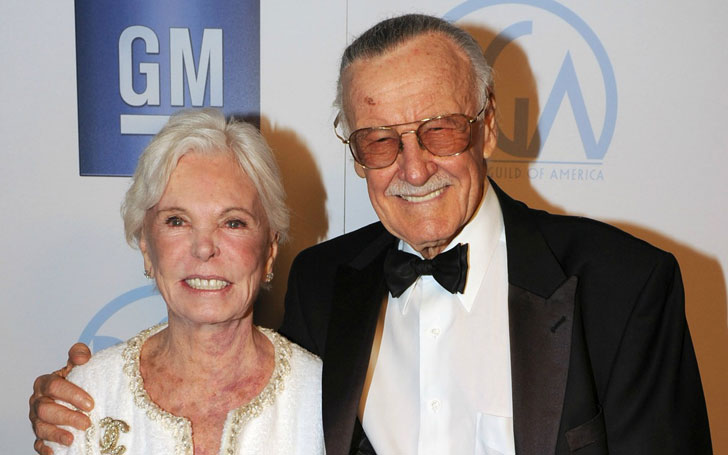 Heartfelt condolence!
Wife of the comics legend Stan Lee, Joan Lee has died on Thursday, July 6. Joan Lee, who was hospitalized after suffering a stroke earlier this week, has passed away in Los Angeles, some online sources reported.

A spokesperson for the family told,

I can confirm the sad news that Joan Lee passed away this morning quietly and surrounded by her family." In addition, he told, "the family asks that you please give them time to grieve and respect their privacy during their difficult time.

Along with the comic legend Stan Lee, the whole entertainment world is saddened by the news. Meanwhile, both the DC and Marvel Entertainment have expressed their condolences to the 94-year-old comic legend Lee.

We are so saddened to hear about the loss of Joan Lee. We lost a member of the Marvel family today and our thoughts and prayers go out to Stan and his daughter Joan in this difficult time.

Lots of their admirers and the celebrities are expressing their sorrow and condolences in Twitter. Some of the tweets said:

My deepest condolences to @TheRealStanLee Joan was a beautiful and lovely spirit. https://t.co/ClTRApQgti

Stan Lee and the former British hat model Joan spent almost seven decades together as husband and wife after getting married on December 5, 1947. The couple also had two children from their relationship; Joan Celia, born in 1950, and Jan born in 1953, died after three days of birth.