Martin Brundle is a retired English racing driver turned racing commentator. The former Formula One racing driver works as an analyst on the Sky Sports coverage of F1 for ESPN and ABC.

How Old is Martin Brundle? What is his Height?

Martin Brundle was born Martin John Brundle on June 1, 1959, the son of a motor car dealer John Brundle and his wife Alma Brundle. The native of King's Lynn, Norfolk, England is 61 years old as of August 2020 and stands at 5 feet 7½ inches (1.71 meters).

His younger brother, Robin Brundle, is also a racing driver who competes in historic racing events. Robin is the Managing Director of the British race car manufacturing company Lola Cars. His other sibling is his sister, Helen Brundle.

Martin Brundle began gra s s track racing when he was 12. By his teens, he had joined Hot Rod racing and by his twenties, joined single-seater racing in Formula Ford. He also raced BMW touring cars and made his Formula Three debut in 1982. 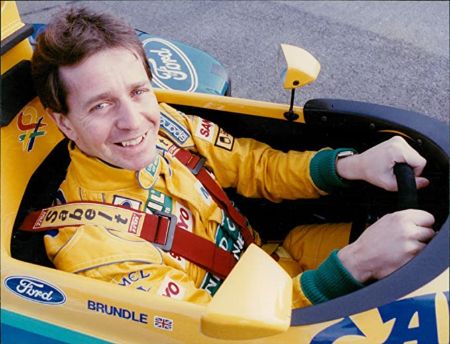 Brundle made his Formula One debut in 1984 and raced for the Tyrrell Racing Organisation. His first run with F1 lasted three years before he sought other challenges in sportscar racing and raced in the European Touring Car Championships. After three years, Brundle returned to F1 racing in 1989 and raced for Zackspeed, Brabham, Williams, Benetton, McLaren, Ligier, and Jordan.

He went on to race a total of 158 F1 races, including 10 finishes on the podium. He has finished first at the 1990 24 Hours of Le Mans and won the World Sportscar Championship.

Besides racing, Martin Brundle is also a noted motorsports broadcaster and worked as a commentator for ITV Sports from 1997 to 2008 and the BBC from 2009 to 2011. 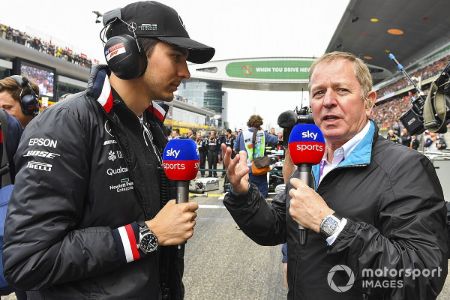 Currently, he serves as an analyst and commentator for England's Sky Sports. In that capacity, he is seen on ESPN and ABC in the United States.

As of this writing, Martin Brundle is married to his longtime partner Elizabeth "Liz" Brundle. The couple has two children: daughter Charlotte "Charlie" Brundle (born circa 1987) and son Alex Brundle (born on August 7, 1990). Alex has followed in his father's footsteps and races with United Autosports in the European Le Mans Series, even winning the world championship at the 2016 European Le Mans Series.

Martin Brundle has lived in or around King's Lynn and currently resides with his wife in nearby Gayton, Norfolk.

According to celebritynetworth.com, Martin Brundle has a net worth of $100 million. Martin Brundle has been around automobiles since his birth. His father was a motor car dealer and when he pa s sed away, Martin and his brother inherited the dealership. Martin started motorcar racing when he was 12 and has raced in the Formula One races, among other racing tournaments. Martin has raced in a total of 158 F1 races and has even finished first at the 1990 24 Hours of Le Mans and won the World Sportscar Championship. Even after his retirement from racing, Brundle is still a fixture of racing as a racing analyst for Sky Sports' coverage of F1 racing on ESPN and ABC.