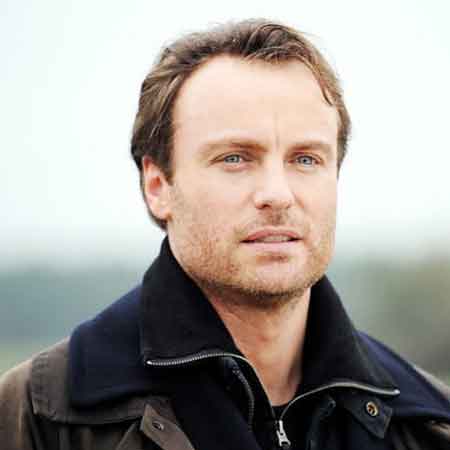 Mark Waschke is a German actor who made his big screen debut in 2005 and has appeared in several popular movies and television series since then. Some of his notable works include The City Below, Buddenbrooks, Generation War and Summer Window. He gained international fame after appearing in the German science fiction thriller web series, Dark, portraying the role, Noah. His brilliant performances have not only helped him to earn name and fame but also several honors and awards including Bavarian Film Awards, Prize for Best Actor in a Leading Role, and German Actors Award.

Mark Waschke was born on March 10, 1972, in Wattenscheid, Germany. His father was a surgeon and mother was a nurse. He holds German nationality and belongs to Caucasian ethnicity/race. His family moved to Friedrichsthal when Waschke's dad accepted an offer to be a head surgeon at a hospital in Sulzbach, Saarland.

As a result of Waschke's keen interest in acting, he joined the local children's theater and later an amateur theater group. In 1991, Mark moved to Berlin and began to study philosophy, which he broke off for acting. Between 1995 to 1999 he studied acting at Ernst Busch Academy of Dramatic Arts.

Waschke was a regular staff member of Berlin theater company Schaubuhne under Thomas Ostermeier from 1999 to 2008, who described his as "a good-looking, virile actor", and take full responsibility for his play.

At Schaubuhne he played the lead roles in the plays such as Tennessee Williams' Cat on a Hot Tin Roof and William Shakespeare's Macbeth.

He has been a regular member in Tatort series since 2009, playing detective Robert Karow in 2015.

Waschke has been a part of several popular movies and TV series and has earned a decent amount of money. If we believe the sources, his net worth is estimated to be around $3 million but it is not an official figure.

Waschke is quite secretive when it comes to his personal life. However, a couple of gossip mongers claimed that Waschke is a married man. He, however, has not revealed any information related to his wife to the media.

The source added that the couple is blessed with two children; a son and a daughter. He also not active on social media.