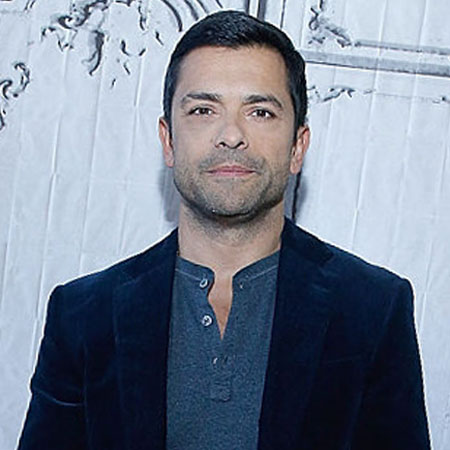 Mark Consuelos is an actor and television personality known for his roles in the movies such as The Great Raid, My Super Ex-Girlfriend, and Wedding Daze. He has hosted two dating reality shows and had a role as Oscar Arguella on a new FOX series, Pitch.

Consuelos was born on March 30, 1971, in Zaragoza, Spain. He is American by nationality and belongs to the white ethnicity. He was born to an Italian mother, Camilla Consuelos, and a Mexican father, Saul Consuelos. He has a brother who is a doctor and a sister who is a lawyer.

Consuelos lived in Italy and America during his childhood. He grew up in Lebanon, Illinois and later moved to Tampa, Florida. He attended Bloomingdale High School in Valrico, Florida and moved to the University Of Notre Dame after graduating from high school.

Consuelos joined the University of South Florida and graduated with a degree in marketing in 1994.

Consuelos had his very first starring role of his career in the educational serial called Connect with English that aired on public television stations as part of the Annenberg/CPB Project. He had his breakthrough performance in February 1995, landing the role of Mateo Santo on the soap opera named All My Children.

Consuelos starred in the feature film, The Great Raid that released in theaters in 2005. He also appeared in the movies such as My Super Ex- Girlfriend and Wedding Daze in 2006. He has hosted reality-dating shows like Age of Love and Science of Love that aired on NBC in 2007.

Consuelos made his guest appearances on the series like Third Watch, Friends, American Family, Fortune Hunter and Sea Quest. He co-starred in a political satire television series, Alpha House in 2013. He currently plays the role of Oscar Agruella on a new Fox series, Pitch.

Consuelos, age 46, is a married man and has three children. He married Kelly Ripa, his co-star on All My Children. The couple met in 1995, during the shoot of the series. The two eloped on May 1, 1996, and finally was married.

His wife Kelly Maria Ripa, born October 2, 1970, is also an actor, dancer, television show host, and producer. She is widely known as co-host of the morning talk show," Live! With Kelly".

This beautiful couple is blessed with three children: two sons named Joaquin Antonio Consuelos & Michael Joseph and a daughter named Lola Grace Consuelos. He currently resides in Tampa, Florida with his wife and children. The couple has been in a good relation for 20 years and there is no sign of divorce.

Consuelos is earning a salary over millions and has maintained an impressive net worth of $40 million. His wife has the huge net worth of about $75 million. She is paid the lucrative amount of salary expected to be around $20 million per year.