Mark Adams is an English business executive and speaker who works as the Senior Vice President and the Head of Innovation at VICE Media. Besides that, Adams is co-founder of Totus Education and the co-founder and former CEO of the social media agency UNION.

Mark Adams was born in England where he attended King Edward VI Grammar School in Chelmsford, Essex, London. He pursued a Master of Laws (LLC) degree from University College London (UCL). During his time at UCL, he founded the social media agency, UNION, in 2003. One of the first of its kind, the agency handled the social media feeds of numerous A-List celebrities.

Once he was out of university, Adams looked to proliferate his idea. In that vein, his company was acquired by the world's largest talent agency, William Morris Endeavour, and Adams was hired as the Chief Digital Officer where he sat with the world's biggest celebrities imploring them to capitalize on the digital boom of the noughties and beyond. 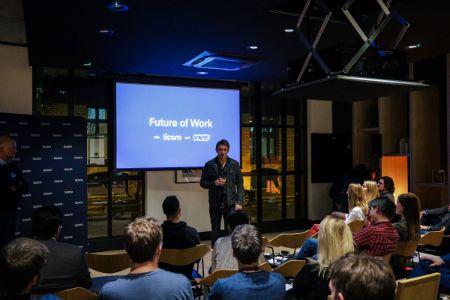 Some of his high-profile clientele include celebrities like singer-songwriter and actress Lady Gaga, singer-songwriter/rapper Usher, and the former President of the United States Barack Obama. In addition, he has also led the technological breakthrough of over a hundred individuals and businesses including the Buckingham Palace.

Co-Founder and CEO of theAudience International

In late 2011, Adams co-founded the avant-garde cultural media company, theAudience International. Funded by Facebook co-founder Sean Parker and CEO of William Morris Endeavour Ari Emmanael, the company innovated the social media footprint of thousands of actors, athletes, musicians, and celebrities of the like, across the globe. The platform is now a global powerhouse, reaching over a billion people each month and being the undisputed leader in media publishing.

theAudience was acquired by VICE Media in early 2015 and Adams was hired as the Senior Vice President and the Head of Innovation. Under his leadership, VICE went from a print magazine to a multi-billion dollar generating digital news and media company. Regarded as the biggest youth media company in the world, VICE has proliferated its services and content, including launching its Creative Agency Vitrue, the Emmy Award-winning news outlet VICE News, a record label VICE Records, and a film and doc u mentary production wing VICE Studios.

Mark Adams has been the recipient of many awards and distinctions for his contributions towards socio-cultural and technological innovation. He was named the “Star of Tech City” by The Guardian and has been listed in “Silicon 60 Global Tech Entrepreneurs,” “The Sunday Times Top people in Britain,” "The Most Influential Londoners", "The Drums Digerati List", and “The Debretts Top 10 Digital List”.

Besides his executive position at VICE Media, Adams is the co-founder of the initiative, Totus Education -- a charity organization that works towards the welfare of underprivileged children and serves as the Chairman of the Digital Leadership Council at his alma mater UCL, where he advises on social media and technology matters. 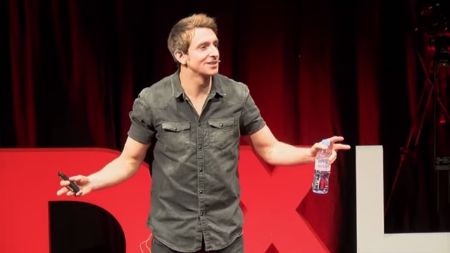 Adams is also a prolific speaker and has, spoken to, among others, the TED Talks audience.