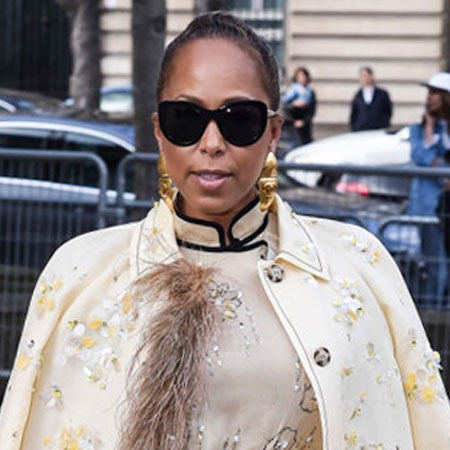 Marjorie Bridges-Woods is a fashion expert and a creator of ‘The Lady Loves Couture. She is also the owner of the shopping site, ''Marjorie Harvey handbags and Marjorie Harvey's closet." She came to fame after marrying Steve Harvey, a game show host.

Marjorie was born on 10th October 1974 in the United States as a Marjorie ridges Woods. She holds an American nationality and falls on the African-American ethnicity group. Her mother's name is Doris Bridges.

She went to the University of Memphis. But has not completed her education and is dropped out of the university because of the bad report.

Marjorie Bridges is one of the popular faces in the big fashion industry. She tours the world for many fashion shows. She is often invited to attend the well-known Paris and Milan Fashion Weeks.

Marjorie also shared the love for fashion in an interview with ‘BET last summer’.

Because of her passion for the fashion motivated her to open up her own fashion blog and she named it ‘The Lady Love Couture’. In her blog, Marjorie posts about all her exciting fashion excursion which helps and provides exclusive tips to ladies who want to live in a lavishing lifestyle at any budget.

Shared Net Worth Of $160 Million

Marjorie has a good income from her fashion shows and tours. Her online business is also doing very well. It can be seen from her hi-fi lifestyle that she earns quite a lot.  To be precise Marjorie and her husband’s combined net worth is estimated to be around $160 million. Her husband makes around $40 million per year.

She has her own online shopping site Marjorie Harvey handbags and closet where most of the items range from $150 to $1200. On her 50th birthday, her husband gifted her Rolls Royce worth $500k.

Now Wife Of Steve Harvey; Also Know Her Past Relationship

Currently, Marjorie Bridges is married to a Gameshow host named Steve Harvey. She was already married twice before getting married to Steve and is also the third wife of her husband.

The couple met each other when Steve used to work in the Memphis Comedy Club. He said that it was more like love at first sight and he announced from the stage that he would be marrying Marjorie.

This all happened when Steve was married to his first wife. Similarly, she was also married to another guy. They both got divorced from their partners and reconnected after 15 years.

The couple began dating in 2005 and after two years of affair, they got married in 2007. Steve’s first wife wanted him back and charged him for evicting her from the house as well as separating from their son.

She also accused him of having an affair with Bridges while they were married but she could not prove a thing.

How Did Steve and Marjorie Start Dating?

Initially, Marjorie had no intention of marrying Steve but as time passed she began to like him and eventually married him.

On the other hand, it is rumored that Marjorie Woods was previously married to a criminal. Her first husband was arrested for drug dealing and is charged with life long prison. She divorced her first husband to marry Darnell Woods.

Life is full of disappointment and in the case of Bridges, it was the same. Her second husband is also a well-known drug dealer.

In past Marjorie, along with her first husband own a club and after he was federally charged the club and other assets were frozen. Later on, she sold the club to a well-known NBA player named Todd Day.