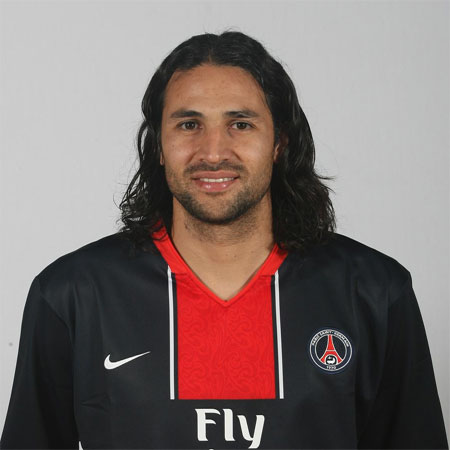 A Columbian professional footballer, Mario Alberto Yepes Diaz, was born in the year 1976 January 13 in the town of Cali in Columbia. He owns the height of 186 cm and has got the weight of 83 Kg. He plays as a Central Defense in the pitch from his current team at Italian Serie A Club Atlanta Bergamo from squad No.33 and from the first Team of his nation Columbia in its National Football Team. According to the statistical Salary record of 2012, his Salary was 1 million Euros. However, this left-footed Defender owns the market value of 300.000 Euros at present. Groupe USM is the agent for this player.

Mario Yepes is married to a Columbian woman named Carolina Villegas. This couple is the proud parents of three children, where two of them are the son and one of the daughter, naming Luciano, Valentino, and Miranda.

Mario Yepes started his professional debut in football from Cortulua in the year 1994 as a forward. He appeared in 76 matches bagging 7 goals for the team until he moved to Deportivo Cali in 1997. He remained in the team till the seasons 1998/1999 playing in 93 matching scoring 11 goals and making a move to River plate in 1999.

He played in 76 matches from River Plate bagging 6 prominent goals where he began to way up his stardom winning in two Argentine Primera Championships. Later in 2002, Mario Yepes signed the contract with a French club Nantes. He earned the nickname of “El Rey” in this team. It had been difficult for him to adopt the European style of football playing earning numerous red cards.

It has been nearly a year that he is in the team and has appeared in 23 matches. Mario Yepes is in the first team of the Columbian National team since 1999. He has represented Columbia in 95 matches scoring 6 goals. This time, after 16 years of the history, Columbia is back in action to compete with other international teams for 2014 FIFA World Cup where Mario Yepes will be showing his good skills of defending.

Mario Yepes is one of the last members of the Columbian golden generation. He is the only player who has played with 90’s team to the current team of Columbia National Football Team.