Mariah Carey Body Shamed for her THIS Photo on Instagram, Commentators Compare her to a Whale! 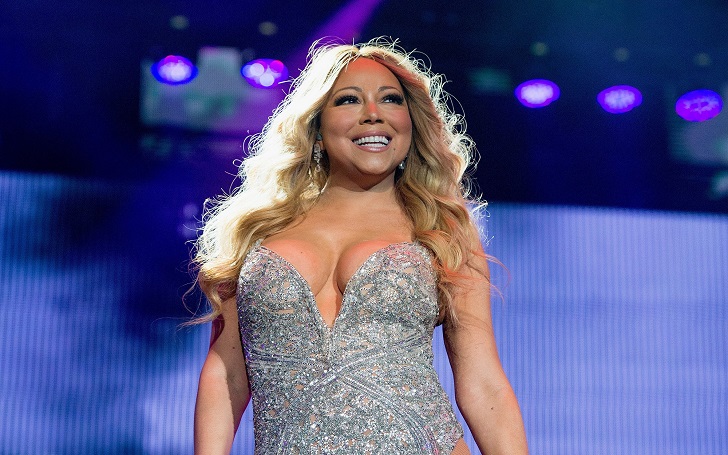 Talk about people attacking celebrities on social media! Mariah Carey is the latest victim. The diva is being body-shamed for her latest photo on Instagram where she is seen on a date with boyfriend Bryan Tanaka.

On the photo where Mariah and Bryan look happily involved, some commentators thought to point out how Mariah Cary needs to ''lose weight.'' By now the comment section on that photo is basically a mosh pit.

Some commentators got straight up rude writing stuff like:

"Mariah, you need to lose some weight cause your starting to look like a whale.''

Others wrote Mariah looked like '' a tease'',  or that she should ''cover those airbags.'' People even went as far as to say that she ''looked gross.''

After the show it's the after party  @mastrosofficial

But, since Mariah has her own strong fan following, there started coming supportive comments as well. Fans came to her defense writing comments like:

. "You know she has feelings too. Just cuz shes a public figure, what gives you the right to call her names... Would you like if you posted a pic & people criticized all your flaws??"

While some fans came to her defense, others were grateful for a wonderful show. One of her fans wrote:

"Thanks @mariahcarey for a beautiful show last night, thoroughly enjoyed EVERY minute.''

Mariah Carey's boyfriend Tanaka posted the same photo on his Instagram with a caption that read:

Mariah Carey didn't seem very bothered with the body-shaming comments, at least she didn't address anything, she instead posted a video where she is seen performing and also a photo with Tyler Perry and boyfriend Tanaka.

Thank you to all the fans who came to the show last night at the #HollywoodBowl and gave me such a festive energy! I love you!!

Thank you so much for everything @tylerperry

This is not the first time Mariah Carey has been body-shamed publicly, so we guess she has just built very good coping mechanism by now! But, when will the world let women be just women and live? Isn't it high time already?