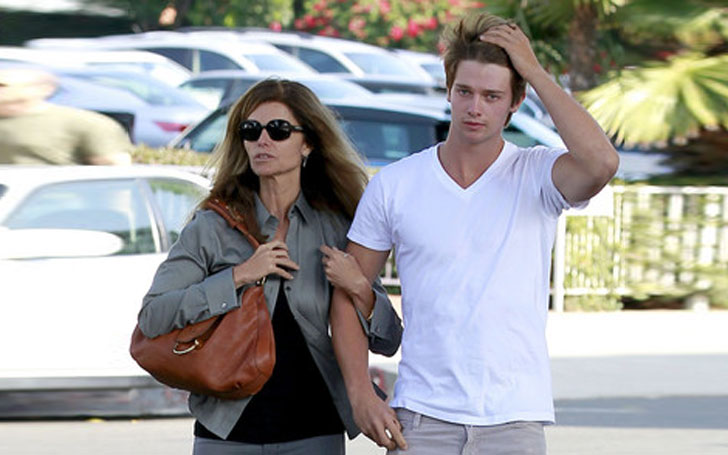 Though Patrick is a pretty young guy of 23, he is still a baby for the journalist Maria who kissed him among the mass in their shopping trip. The gorgeous American diva has four children including Patrick with her estranged husband.

Maria Shriver and the famous The Benchwarmers actor Patrick went out for their casual shopping on Tuesday afternoon in Los Angeles. Then there the public saw the scene that they couldn't get to see every now or then. The 61-year-old mother standing on 5ft f in kissed her 23-years-young 5ft 11in tall son Patrick on his cheek. 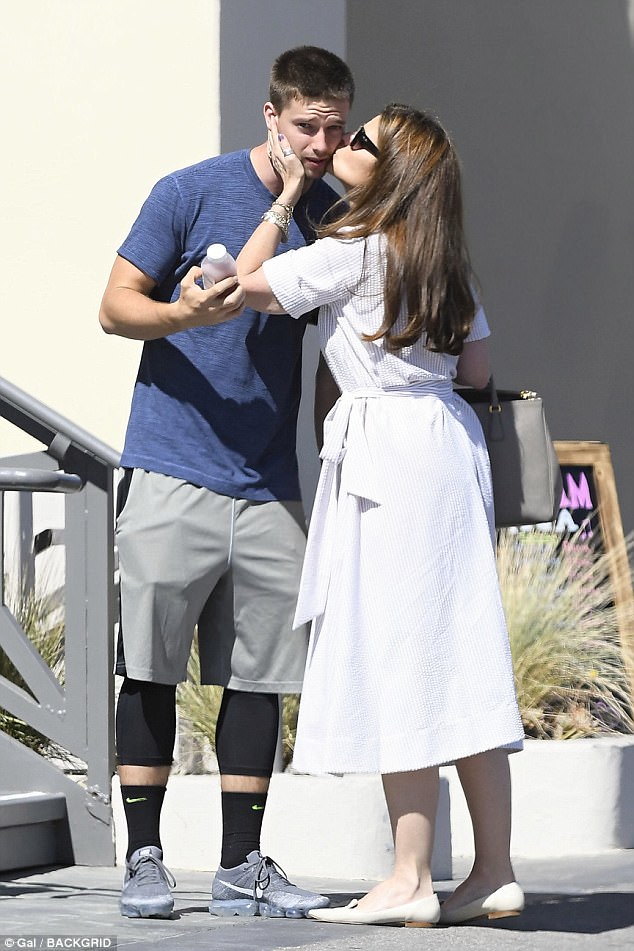 There the mother-and-son duo appeared in a casual dress up. Maria was seen in a white collared shirtdress and white slip on shoes whereas Patrick wore an athletic outfit holding a healthy drink from the Pressed Juicery. 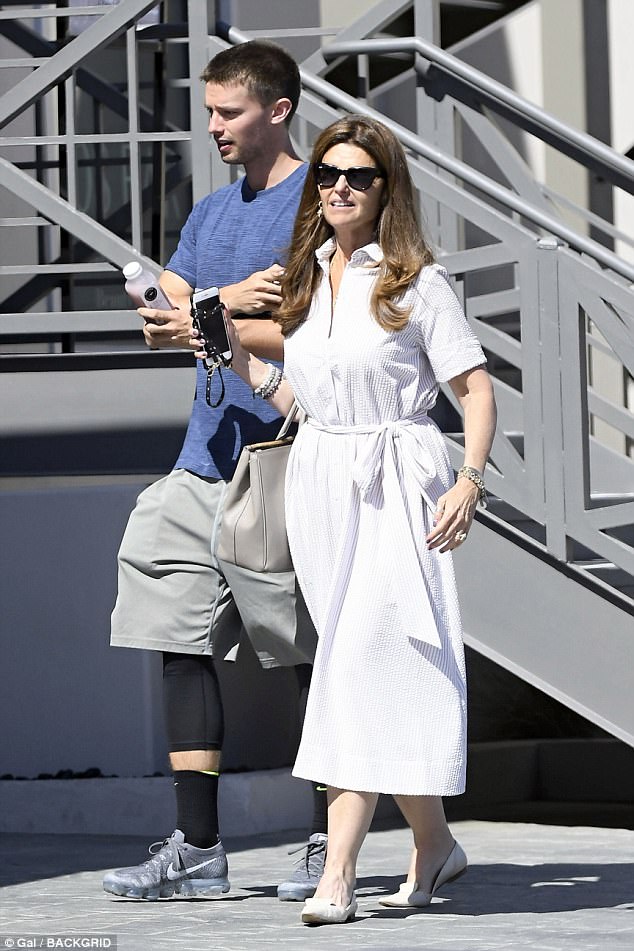 It's very rare to see a young son to spend his day out with his mother leaving his girlfriend behind. But, the model and actor Patrick was seen giving his time to his mother. Alongside it, Patrick also gives his time to girlfriend Abby Champion whom he has been dating since early 2016. Before this, he remained in a high-profile relationship with Miley Cyrus in 2015.

Maria Shrive, the former first lady of California lives a single life with her four children. She started living a single life after her separation with her long-time husband Arnold Schwarzenegger in 2011. Before the separation, the couple spent their 26-long-years together as a husband and wife. Maria became known to an Austrian bodybuilder and actor Arnold in 1977 through their mutual friend Tom Brokaw. They later tied the knot on April 26, 1986, in Hyannis, Massachusetts after dating for over five years.

They shared a pretty romantic relation as a husband and wife. They were also blessed with four children; Katherine, Christina, Patrick, and Christopher Schwarzenegger. The couple reached the irreconcilable situation during early 2011 which eventually led them to end their relationship and split in May 2011. 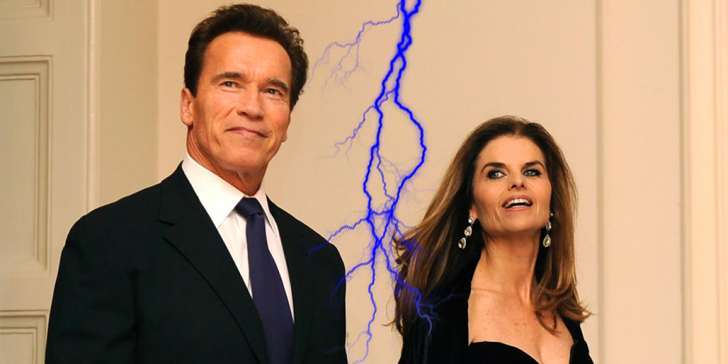 Though they are separated for over six years, they haven't taken a legal divorce yet. Shortly after their separation, Schwarzenegger publicly admitted he had a relationship with their household staff Mildred Patricia Baena for a long time and he also fathered a child with her.

This might be the real cause behind their separation. Whatever be it, Arnold and Maria are both happy in their world and have parented four a lovely kids who don't hesitate to share a kiss with mother.