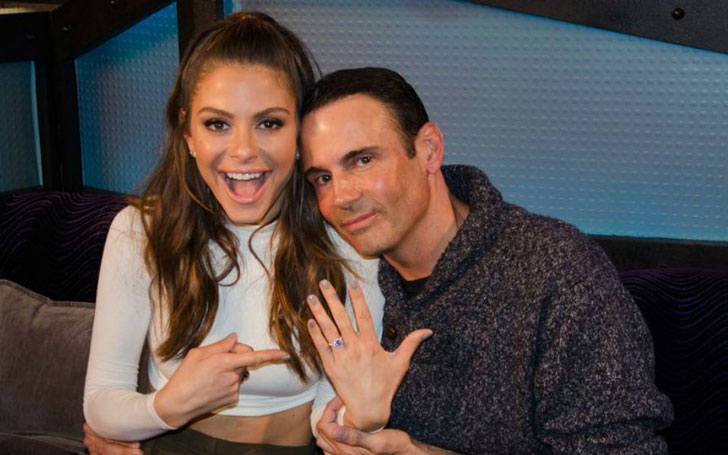 It's a dream New Year Eve For Maria Menounos and Keven Undergaro.

Actress and television hos Menounos and television producer Undergaro, who have been together for around two decades, tied the knot on live TV just before midnight during the Fox News' New Year Eve broadcast in Times Square New York City. Menounos was hosting the special broadcast along with co-host Harvey before she turned bride in the evening.

Chasing Maria Menounos actress took to her Twitter on Sunday evening announcing she would be marrying after 20 years!

Menounos and Undergaro were engaged on The Howard Stern Show in March 2016. Then, Undergaro popped the question to his girl while getting down on one knee,

Although I said that this isn't a proposal I want to ask you something, Maria. Will you make me the happiest man on Earth?

They only had two weeks of time for their wedding plan-which includes finding the perfect wedding dress. And it started with a half-hearted suggestion from the show's producer, said the couple.