Maria Grazia Cucinotta is an Italian film and television actress known internationally as Bond Girl "Cigar Girl" in 1999's James Bond film The World Is Not Enough starring Pierce Brosnan, and as Isabella in the HBO crime-drama series The Sopranos.

How Old is Maria Grazia Cucinotta? What is his Height?

Mother of a Daughter with Husband Giulio Violati

Maria has been married for over 25 years to her husband, the Italian film producer Giulio Violati. She tied the knot with the producer of such movies as Tulpa: Demon of Desire, L'imbroglio nel lenzuolo, and Last Minute Marocco on October 7, 1995. 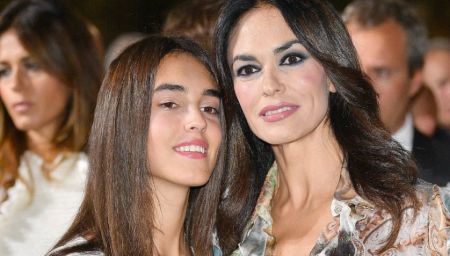 They have a child together, a daughter named Giulia Violati.

Maria Grazia Cucinotta has been a professional actress since the mid-'80s and has nearly 100 acting credits. She is known for her roles in Italian movies like Vacanze di Natale '90, Viaggio d'amore, Il Postino, I laureati, El día de la Bestia, Camere da letto, Mariti in affitto, and L'imbroglio nel lenzuolo.

Internationally, Cucinotto's popularity exploded when she played a Bond Girl, "Cigar Girl", in the 1999 James Bond film The World Is Not Enough starring Pierce Brosnan in his third outing as the MI6 agent. 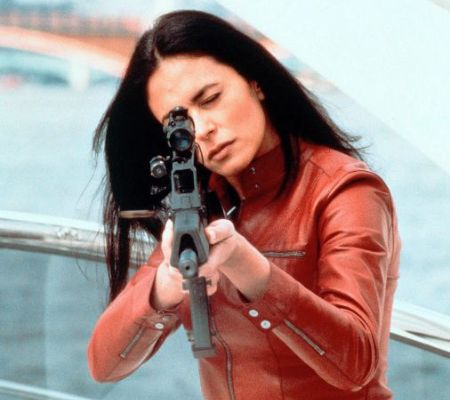 Maria Grazia Cucinotta in The World Is Not Enough SOURCE: Pinterest

She also played the titular character in the episode, "Isabella", of the first season of the HBO crime-drama series The Sopranos.

For her contributions to cinema and television, Cucinotto received her star on the Italian Walk of Fame in Toronto, Ontario, Canada, in 2012.

What is Maria Grazia Cucinotta's Net Worth in 2020?

Based on reports from several online sources. Maria Grazia Cucinotta is believed to have a net worth of around $1 million. The Italian-born 52-year-old actress has been in nearly a hundred domestic and international films and TV series. She is most known internationally for movies like A Brooklyn State of Mind, The World Is Not Enough, Just One Night, Purple Sea, and The Rite, and TV series like Solomon, Wildside, Mary Magdalene, Pompei, The Sopranos, and Revive.