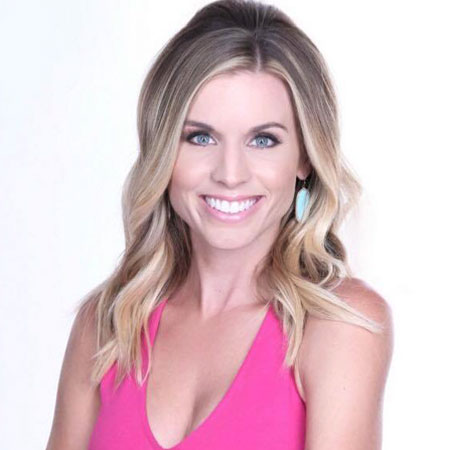 Maria Grace Sansone popularly known as Maria Sansone is an American Television personality. She currently is working as the co-anchor of Good Day LA on KTTV FOX 11 in Los Angeles. Maria is a former field reporter of WNBC 4 New York. She used to appear daily on LX New York. Besides, Maria has worked as the host and reporter. She has contributed in several media such as Access Hollywood, Extra, ABC, NBC, MTV, TV Guide Network, Yahoo, CBS Sports, NESN and ESPN. Because of hosting the daily web show “The 9” on yahoo and “PopTub” on YouTube, she gained the reputation of “Web Celeb”.

Maria Sansone had earned the celebrity status at a very young age. She was discovered by the local reporter Mike Gallagher while she was competing in kids slam-dunk contest in Erie, Pennsylvania. She was interviewed for the local news and then being impressed by her talent, she was given to report on the sports segment “Down to Size” on WJET-TV. It was a weekly show. She had interviewed the local famous athletes at such a young age. Because of her talent, she was quickly picked by the ABC Sports. Her task was to do the live sideline reporting of their coverage of Little League World Series. This coverage had helped her earn the title of “Youngest Reporter in the History of Network Television.”

Maria Sansone then began the famous name in the television arena. She appeared as the guest in “Tonight Show with Jay Leno” in 1992 after winning the title. She has hosted Wide World of Sports for Kids. It was her own show where she had covered the various sporting events including the U.S Figure Skating Championships and The Kentucky Derby. She also has co-hosted the Gladiators 2000 and spot reporting for NBA inside Stuff. Maria Sansone also has hosted nationally syndicated travel show called LXTV 1st Look on NBC. She also has hosted the reality competition series named On the Rocks: Search for America’s Best Bartender on NBC.” Besides, Maria has been active in interviewing the pop culture icons and superstars and is actively covering the big events like Grammy Award functions to Academy Awards.

Maria Sansone was born in 1981 February 26 at Erie, Pennsylvania. She is a beautiful and graceful TV personality having a stunning look and a dazzling smile on her face. She owns a beautiful height of five feet and one inch.  She is not so tall in terms of height but possess a pair of sexy and toned legs that adds charm on her beauty. She has amazingly hot body that melts the heart of her fans. She looks just outstanding on whatever she wears.

Maria Sansone is a sport lover. She used to play basketball while she used to attend her high school at Villa Maria Academy. She has graduated from Syracuse University’s Newhouse School of Public Communications in Communications and Political Science. Maria is a married woman. She got married to her husband Joshua Guthartz in the year 2008. Her wedding ceremony took place at Saint Andrew Roman Catholic Church. It has been almost 6 years of their marriage and has a baby girl named Grace Louis born in 2013. She had announced that she was pregnant on her show. She is spending her happy married life with her husband and an adorable daughter.

Maria Sansone, being an alleged TV personality since her young age, means she is a talented and a demanding personality of the recent times. She is 33 years old and is one of the very successful women in the planet. She has a good pay as a salary for her hard work and fame that she has earned for the show to run. But the amount of her salary has not been disclosed. There are lots of internet sites that have stored her pictures and information. Her fans can follow her on @MariaSansone in Twitter as she is an avid user of Twitter.