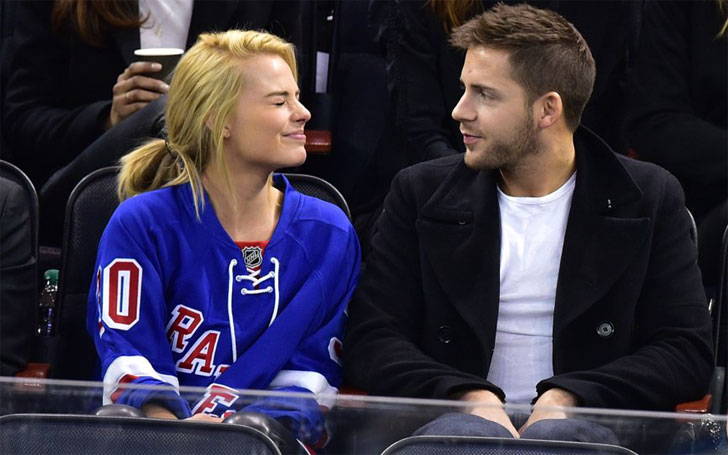 Margot Robbie and her husband Tom Ackerly are expecting their first child together! The Australian actress who became a global icon after movies like Wolf of Wallstreet and Suicide Squad. She married Ackerly just a year ago.

And the couple is already pregnant! Well, the couple seems to be in quite a hurry to start a new family! Let's get all the details about this new pregnancy!

The famous Australian actress Robbie is having a great time with her husband. They frequently make their fans aware of their amazing romance through their Instagram. No one expected them to get pregnant so soon after their marriage, but since they run their lives, we are getting a little Margot Robbie soon!

Though both from the couple love to share their personal life with the public, they haven't made any announcement regarding her pregnancy yet. However, some sources are claiming the couple is expecting their first child together.

An insider told NW magazine, "It's so exciting- although she's not really showing yet, so not many people have cottoned onto the news.'' In addition, they told, "Given how long we think she is, there's definitely a chance she was pregnant at the wedding. We're expecting an announcement any day now."

Thank you to the divine @jonathanvanmeter for letting me tat you up for our @voguemagazine interview!

Moreover, the actress seemed quite eager to have children. The Wolf of Wolf Street actress has been always open about her love for children in her past. She said that she wanted tons of children. She also added, she has grown up in a family of four, so that sounded like a good number.

Margot Robbie met the British assistant director Tom Ackerly on the sets of her movie Suite Franchise in 2014. After a few meetings, they possibly started to feel each other and started dating.

The lovebirds continued dating for around a year before they decided to marry. Actually, both of them were pretty much expressive about their relationship while it was on,  however, they got married secretly last year. In December 2016, they exchanged their vows in a privately organized ceremony in Byron Bay.

Margot Robbie and Tom Ackerley in a romantic date after marriage

After getting married, Robbie left her hometown and started to live with her newlywed husband Tom in London.  During this period, the husband and wife couple shared a lot of quality moments together which we can also on their Instagram.