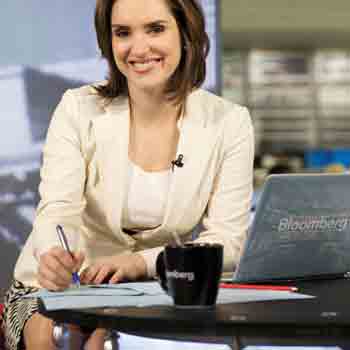 Margaret Brennan is a gorgeous News Presenter, Correspondent, and Reporter. She is a famous journalist known for her work all around the world. She is currently working as the moderator of the Face the Nation on CBS News based in Washington D.C. She previously worked as a White House correspondent for CBS and has covered Washington since 2012. Before working at CBS, Brennan worked as an anchor for the weekday show InBusiness with Margaret Brennan on Bloomberg Television. She was also a CNBC correspondent contributing to various NBC News programs.

She has been married to Yado Yakub since 2015. She announced she and her husband were expecting their first child, a boy, in September 2018, during an appearance on The Late Show with Stephen Colbert on 30 April 2018.

Brennan was born on March 26, 1980, in Stamford, Connecticut, U.S. She is the daughter born to Edward Brennan (her father) and Jane Brennan (her mother). She holds an American nationality belonging to the Irish ethnicity.

Brennan attended the Convent of the Sacred Heart in Greenwich and graduated in 1998. She earned her B.An in Foreign Affairs and Middle East Studies with a minor in the Arabic language from the University of Virginia, Charlottesville in 2002 scoring the highest distinction.

She was also the Emmerich-Wright scholar for an outstanding thesis and studied at the Yarmouk University, Jordan on Fulbright-Hays Grant.

Brennan in her initial days has been an excellent dancer since she was five years old. She took up Irish dancing when she was five and used to dance competitively until she got injured which got her to end her career in dancing at 18.

Brennan has covered the hot stories of the U.S State Department. She had started her business news career working at CNBC in 2002 as a producer for financial news. She has also been the contributor to NBC’s Today and NBC Nightly News.

Brennan was the General Assignment Reporter for CNBC. In 2009, she left CNBC and joined Bloomberg Television as its anchor. In 2012, she left the network and joined CBS News as a state department correspondent and a substitute anchor for CBS This Morning and CBS Evening News.

Brennan brought the story of Circuit City’s liquidation in light in 2009 and covered the news on consumer trends. She has also been an anchor of the weekday program called Margaret Brennan covering the top political, economic, and global financial news of the marketplace.

Brennan has also covered the story involving the European debt crisis. She has been reporting from Europe, Asia, and the Middle East, which describes her hustle and bustle while covering the news although her work has given her the opportunity to travel the world.

Margaret Brennan's net worth is $5 million at present. She is enjoying her lifestyle earning a good salary from her work.

She earns an annual salary of $300 thousand from her career that helped maintain an impressive net worth in her life. Having been in demand in the journalism field proves her ability, popularity, and recognition.

What Is The Relationship Status Of Margaret Brennan?

Margaret Brennan and Yado Yakub started dating in 2013 even though they met back in 1998. After two years, they married on 11 April 2015. The couple tied their knot in a classic and elegant wedding ceremony held at Decatur House in Washington, D.C. They are happily married until the date without any divorce rumors.

In the Show 'The Late Show with Stephen Colbert' on April 30, 2018, she revealed her pregnancy. Later on September 11, 2018, she welcomed a baby boy named Eamon

Brennan is  5 feet 6 inches tall and has a bodyweight of approximately 123 pounds. She is concerned about her body weight thus performs exercise daily and has a diet plan.

She has a pair of light brown eyes with gorgeous brown hair. She has a wonderful body measurement of 34-25-35 inches giving her sexy and hot body features.

Brennan looks appalling in the A-line skirt and the tight shirt showing the perfectly curvy body postures. Having such a body, she looks incredibly hot in the bikini of which the pictures are widely found over the internet.