Flamengo is the popular name of a Brazilian Club called Clube de Regatas do Flamengo. It was established in the year 1895 November 17 but did not officially play until 1912. It has its own stadium at Rio de Janeiro named Estadio do Maracana having the audience holding capacity of 78,837 persons. The club has the nickname of Mengao (Big Mengo), Rubro-Negro (Scarlet-Black) and O mais querido do Brasil (The most beloved of Brasil). Eduardo Bandeira de Mello is the president of Flamengo managed by Head Coach Ney Franco. The club belongs to the Campeonato Brasileiro Serie A League. Flamengo is one of the most successful clubs in Brazilian football winning six Campeonato Brasileiro Serie A and three Copa do Brasil. It is also one of the richest football clubs in terms of revenue in Brazil and second most valueable club in South America. It has the long standing rivalries with near neighbor clubs Fluminense, Botafogo and Vasco da Gama. 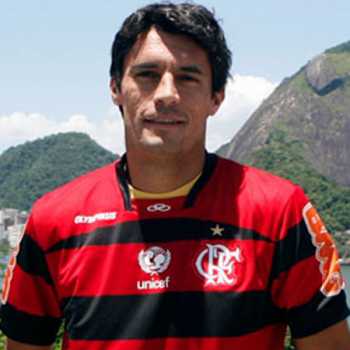