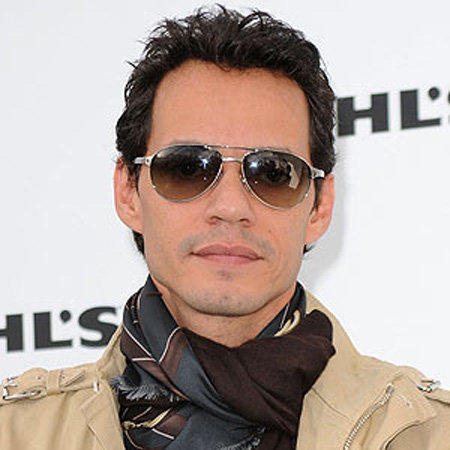 Marc Anthony is an American singer, actor and a television as well as record producer known best for winning Grammy and Latin Grammy for his albums. He has sold over 12 million albums worldwide and his expertise lies in Latin salsa and ballads. His awards and achievements are talked about in the entertainment industry. He was born on 16th of September, 1969 to Puerto Rican parents Guillermina and Felipe Muniz.

Anthony was named after a Mexican singer Marco Antonio Muniz and he was born and brought up in East Harlem which is also known as Spanish Harlem and was raised as a Roman Catholic. Marco’s career began when he started work as a session vocalist for freestyle and Underground New York house music acts. He also worked for Menudo as well as the Latin Rascals and released his first freestyle music record named Rebel which debuted on 1988. After singing back-up vocals and releasing singles he signed up with RMM records to release salsa songs. His song Todo a su tiempo won him a Billboard award and his other singles earned him Grammy nominations. He then rose up in the heights of fame and released several other salsa albums which he is well known now for. His career is not limited to songs and record production but Anthony is an established actor as well. He has played supporting roles in projects like Hackers, Big Night, The Substitute, Bringing out the Dead, In the time of the Butterflies, Man on Fire etc. he has also appeared in several television roles as a supporting actor.

As far as his personal life is involved, Marco has been the subject of many controversies and has been included in tabloids owing to his relationships. In the 90’s Marc dated Debbie Rosado. After that, he married Miss Universe Dayanara Torres on May 2000 in Las Vegas. They had a on and off relationship which was troublesome and they finally separated on June 1, 2004. He was married next to the legendary singer Jennifer Lopez on February 2004. They started dating only after weeks after Jennifer’s split with Ben Affleck. Their love grew after they recorded a duet together and this couple got married just four days after Marc’s split with Dayanara on June 5, 2004 at a mansion in Miami Beach. They have children, fraternal twins Emme Maribel Minuz and Maximilan David Muniz together. The twins were born on February 22, 2008. Their marriage ended in divorce on July 2001. He dated Shannon de Lima from January 2012 to 2013 and then started dating Chloe Green starting from July 2013. The couple is doing pretty well now.

Marco has a height of 5 feet 7 inches and a net worth of 21 million dollars. His net worth can be attributed to the huge number of albums he has sold and his acting roles as well.