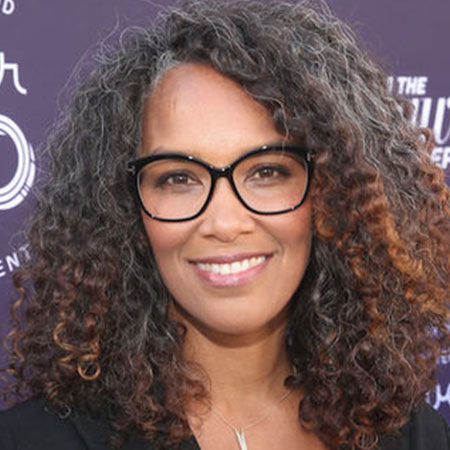 Mara Brock Akil is a writer and producer of South Central, Moesha, and The Jamie Foxx Show who has won awards like BET Comedy Award, NACCP Image Awards, Black Reel Awards, and NAACP Image Award. She is also the creator of BET's television series Being Mary Jane along with her husband Salim Akil.

Mara Brock Akil was born Mara Dionne Brock on May 27, 1970, in Los Angeles, California, the USA under the birth sign Gemini to mother Joan Demeter. Mara was raised by her mom in Kansas City after her parents got separated when she was at the age of 8. She has two siblings including her younger sister Kara Brock who is also an actress.

She attended Raytown South High School and graduated in 1998. Later attended Northwestern University and graduated with a bachelors degree in journalism.

Mara began her career as a writer and started working on Fox's short-lived series South Central in 1994. After working at Fox for years, she moved on and began writing UPN series Moesha. While working there she earned her Producer title after four years and received the 1999 SHINE Award which was presented by The Media Project for her work in UPN series.

Following years, she began working as Supervising Producer on the comedy series 'The Jamie Foxx Show'.  Later, she created her own first show, Girlfriends in 2000 with Kelsey Grammer. Her series quickly became popular and was presented with a 2001 Shine Award. She also received two NAACP Image Awards nomination in 2002 and 2003 for Outstanding Comedy Series.

In 2013, she created BET's television series Being Mary Jane along with her husband. On the TV series, Gabrielle Union was the lead actress and became the couple's first hour-long scripted show. In March 2017, Mara left ICM Partners and joined CAA. She even created a scripted superhero series Black Lightning which was based on DC Comic's Black Lightning series. Her show will be premiered on January 16, 2018.

Mara Brock Akil has the net worth of $8 million accumulated from her outstanding career. Till now she has worked for many television series as a producer and writer. According to PayScale, the average salary of a producer is around $67,920.

Mara Brock Akil aged 48 (2019) is a married woman who tied the knot to executive producer/director husband Salim Akil, in 1999. They first met while working on the set of Moesha.

After a few years, they gave birth to their first baby boy Yasin Ali Akil on April 16, 2004. Later the family of three was again blessed by their second child Nasir Lukmon Akil on November 16, 2009.

CLOSE UP// Here I am... letting y’all get a good look... at this glow on my face. Hand painted by @brittanyingrambeauty Her talent and spirit is in every stroke! #InTheLandOf #GlamGlow

In September 2018, Mara's spouse was sued by a woman claiming that he abused her during an extramarital affair. Similarly, in November, Amber Dixon Brenner filed a lawsuit against Salim of domestic violence and breach of contract.

According to the document, Salim was engaged in a romantic affair with her and during that time he physically, verbally, and sexually abused her. In her document, she claimed that she had a nearly 10 years long romantic relationship with Salim. Because of the Abuse, their show Love Is__ was canceled.

Salim stayed silent from the matter but his lawyer gave the following statement.

“These allegations are deeply upsetting – but they are also totally untrue. We will defend Salim to the fullest against the false and offensive claims that a woman with whom he had a past relationship has included in multiple unsubstantiated lawsuits. Salim looks forward to clearing his name and to being able to focus on his work and his family.”

Despite all the allegations, Mara is still with her husband and there is no sign of divorce. It seems like she truly believes in her man and nothing is going to change for her. As of 2019, the family of four resides in Beverly Hills, California.

Why Was Mara Brock Filed For Lawsuit?

Staci Robinson who is a writer and author of Interception filed 40 million dollar lawsuit against Brock Akil and the CW network. Staci filed their lawsuit accusing Brock Akil of stealing the concept of her hit CW comedy series 'The Game' from her novel that was unpublish when she showed it to her in 2001.

Staci also claimed that she thought of the show first because her novel chronicles the life of Stefanie Porter who is currently studying law at UCLA.

In the video shown below, Actors from Love Is__ show including Mara Brock Akil, Will Catlett, Michele Weaver are talking about their show. While talking about the show, Mara also reveals the inspiration behind the show and sets the record straight about what happened with Being Mary Jane on BET.

You May Also Like: Todd Shotz, Greg Berlanti, Chad Hodge, and John Mayer