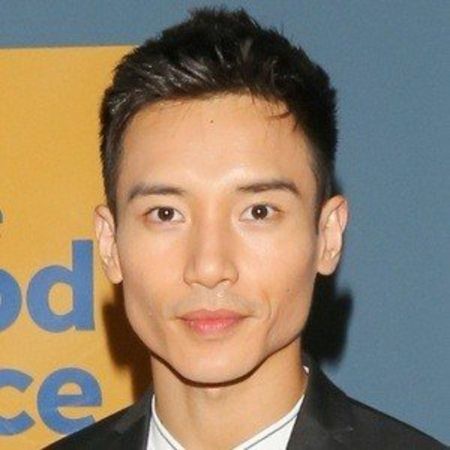 Manny Jacinto is a Filipino-born Canadian actor who rose to fame after his breakout role as Jason Mendoza on the NBC sitcom, The Good Place. He is also known for his appearance in the feature film, Top Gun: Maverick.

Manny Jacinto was born on August 19, 1987, in Manila, Philippines, under the birth sign Leo. He is the only child of his parents.

He was only three years old when he emigrated to Canada with his family in 1990. He was raised in Richmond, British Columbia.

Jacinto played baseball and basketball during his childhood. He studied at a Catholic high school, Vancouver College in Vancouver, Canada.

He later attended the University of British Columbia where he graduated with a Bachelor's degree in Applied Science in civil engineering.

While interning, Manny Jacinto took part in hip-hop dance competitions before starting an acting career. After getting frustrated by the lack of other Asian actors in Canada, he relocated to Los Angeles where he initially played small roles in Once Upon a Time, iZombie and Supernatural.

In 2015, Jacinto was cast as triad leader Wing Lei in the CBC spy drama television series, The Romeo Section. For his performance in the series, he won a Leo Award nomination for Best Supporting Performance in a Dramatic Series.

In 2016, Jacinto played the role of Jianyu Li / Jason Mendoza in the NBC comedy sitcom, The Good Place. In September 2018, he was cast in a Top Gun sequel, Top Gun: Maverick, alongside Tom Cruise and Jennifer Connelly.

Being a famous Canadian actor, Manny Jacinto has earned a substantial amount of money from his acting career.

According to the Richest website, Jacinto has an estimated net worth of $500 thousand. As for his salary, According to the Cheat Sheet website, while appearing on The Good Place, he was making $60,000 per episode.

Talking about the relationship status of Manny Jacinto, the 32-year-old actress has currently been engaged to his longtime girlfriend, Dianne Doan.

The couple became engaged during a Vulture Festival panel. The actor took to Instagram on August 20, 2018, to announce his engagement with Doan, by sharing a cute backstory of how he proposed his girlfriend.