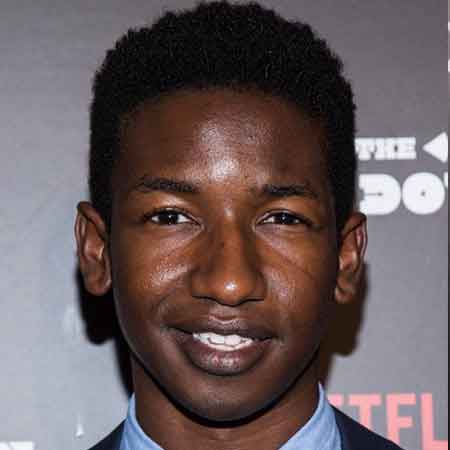 Mamadou Athie is an American actor who made his acting debut in the movie, Experimenter where he played an uncredited role. He then worked in numbers of the movies and TV series gradually making a mark in Hollywood. As of 2018, he is working in the movie, Underwater and upcoming TV series, Sorry for Your Loss.

Mamoudou Athie was born in 1988 in Mauritania, a country in Northwest Africa. His parents raised him in New Carrollton, Maryland. Moreover, his father was a diplomat who received political asylum in the US when he was six months.

Taking about his old man, he said:

''My dad was a diplomat for the Mauritanian government, and there was a genocide of black Mauritanians in Mauritania, and he noticed people in his office disappearing.''

Regarding his academics, Athie studied acting at the Yale School of Drama and William Esper Studio.

Mamoudou Athie made his acting debut as a crying man in 2015's movie, Experimenter starring John Palladino and Anthony Edwards. The following year, he worked as Ray in the Canadian-American film, Jean of the Joneses with Taylour Paige, Sherri Shepard, and Erica Ash.

In 2017, Athie portrayed the role of Basterd in the drama film, Patti Cake$ starring Danielle Macdonald and Bridget Everett. The same year, he worked in two movies, Unicorn Store and One Percent More Humid. As of 2018, he worked in the biographical drama film, The Front Runner with Hugh Jackman, Vera Farmiga, and J.K. Simmons. Similarly, he is also working on an upcoming movie, Underwater.

In 2016, Athie gave an audition for the role of a hip-hop recording artist, Grandmaster Flash on Netflix's musical drama TV series, The Get Down and got the part. He was a s sociated with the series from 2016 to 2017 where he shared the screen with Justice Smith, Shameik Moore, and Jimmy Smits.

Since 2017, Athie is working on TBS' comedy TV series, The Detour starring Jaso Jones, and Natalie Zea. Moreover, as of 2018, he is working in the upcoming TV series, Sorry for Your Loss.

Mamoudou Athie undoubtedly earns an impressive amount from his acting career. He has an estimated net worth of a thousand dollars, but, the amount is yet to be revealed and is still under review.

According to some online sources, a TV star usually earns an average salary that ranges from $150k to $1 million.

Mamoudou Athie is very confidential when it comes to his personal life and relationships. He prefers to hide it from the media and limelight.

Since there are no news of him dating someone or having a secret girlfriend, we can a s sume he is single.  He is still in the initial phase of his career and seems very focused on his work which explains his distance from commitments.

Check out the interview with Mamoudou Athie: