Malky McCormick Dies At The Age Of 76 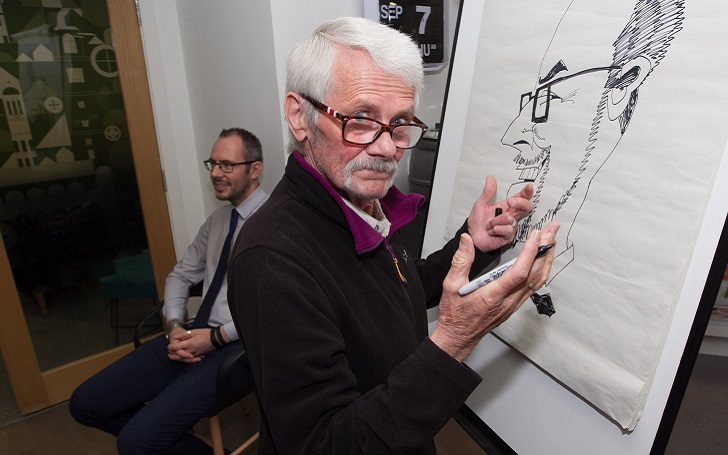 Scottish Cartoonist And Caricaturist Malky McCormick Has Died At The Age Of 76.

The legendary cartoonist, who created the nickname “The Big Yin” for comedian Billy Connolly, died at the age of 76 on 15 April 2019.

McCormick, who was diagnosed with vascular dementia back in 2017, had been living in home care in Ayrshire. Just months after being diagnosed with an illness, his wife of 40 years passed away in August 2017 after a long battle with cancer.

McCormick had worked in various commercial arts as a young man and left the industry to demonstrate comics and magazines for DC Thomson before joining the Scottish Television as a graphic designer and artist.

Back in 1975, McCormick along with her friend Billy Connolly wrote the cartoon strip, The Big Yon for the Sunday Mail. He then soon grabbed huge attention contributing to other magazines like The Sun, Daily Express, Sunday Telegraph, Daily Record, Sunday Times, and New Statesman.

McCormick was a keen player for organizing the National Cartoon Festival which started in 1998 and later became a regular speaker on the after-dinner circuit. He was the resident cartoonist on the ITV quiz show Win, Lose or Draw for around ten years.