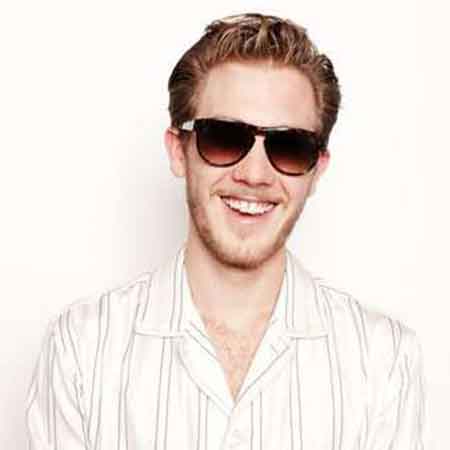 American musician Malcolm Ford, the son of Hollywood legend Harrison Ford and screenwriter, Melissa Mathison, preferred to choose a career in music rather than sharing parents' on-screen interest. Currently, Ford is the vocalist and guitarist of the alternative/indie band  The Dough Rollers. The band formed in 2008 got signed to Jack White's record label called Third Man Records and released an EP named Gone Baby Gone.

Malcolm Ford was born on October 3, 1987, in the United States, to Star Wars star Harrison Ford and his second wife Melissa Mathison. When he was 14 years old (in 2001), his parents separated and later divorced in 2004 ending 21 years of marriage.

His mother Melissia died of neuroendocrine cancer on November 4, 2015, in Los Angeles, at the age of 65.

Malcolm has a biological sister named Georgia, born in 1990. From his father's first marriage (with Mary Marquardt), the American musician has two half-brothers: chef and restaurateur Benjamin (b. 1966) and clothier Willard (b. 1969).

After divorce from Malcolm's mother, his father married his third wife (actress Calista Flockhart) and has a step-brother Liam (b. 2001) who is the adopted son of Flockhart.

His father, Harrison Ford, is a renowned actor and movie producer while his mother, Melissa Mathison, was a screenwriter and activist.

As for his educational background, Malcolm Ford attended a school in Jackson Hole, Wyoming.

Drug Abuse Due To Depression

After his parents separated, Malcolm Ford went through depression as a result of the trauma. In desperation for relief, he was into drugs by the time he turned 17. Later on, he went to rehab and got himself cleaned up to start a fresh and sober life.

Malcolm Ford is professionally a musician who started his singing career from the band named The Dough Rollers in 2008 which he created with his friend, Jack Byrne.

The two met in New York while they were both studying and became friends due to common interests. Byrne taught Ford to play the guitar and in return, Ford gave him weed.

Their band was complete after Julia Tepper joined it and in 2009 released their debut self-titled album which has all kinds of songs like blues music, country, and bluegra s s.

After the exit of Julia Tepper, they hired drummer Kyle Olsen & ba s sist Josh Barocas as their bandmates.

Ford achieved huge success in his musical journey and has toured with renowned musicians like John Mellencamp, Bob Dylan, and Josh Homme.

How Much Is Net Worth Of Malcolm Ford?

Malcolm Ford pursues a career in music which is the main source of his earnings. Thanks to albums and singles sales released through his band The Dought Rollers. As of 2021, the American musician, as well as vocalist, has an estimated net worth of $1 million. No doubt, he enjoys a quality lifestyle.

CAPTION: Malcolm Ford owns a net worth of around $1 million in 2021 SOURCE: Famous People

In addition to that, he is the son of multi-millionaire actor Harrison Ford who has a $300 million net worth currently. Widely popular for his role as Han Solo in the Star Wars franchise, the veteran actor notably received $25 million for his role in Star Wars: Episode VII - The Force Awakens. The following year in 2016, he bought a $12 million worth house in Los Angeles.

As reported, Malcolm's mother Melissa Mathison, at the time of death, had a $22 million net worth. She had screenwriting stints in films like The Escape Artist, Son of the Morning Star, The BFG.

Did you know? The American musician's parents divorce is considered one of the expensive divorces; his father Harrison paid around $90-$100 million in settlement.

Celebrity kid as well as musician Malcolm Ford is currently single and not dating anyone right now. However, the pop star was previously in a relationship with a Canadian model, Jessica Stam, in 2008.

Sources confirmed that they were an item when the pair was spotted spending quality time together on multiple occasions. Stam was known among the doll faces models and Forbes ranked her at the fifteenth position among the World's 15 Top earning supermodels.

However, the music star and the model called it quits after dating for just a few months.