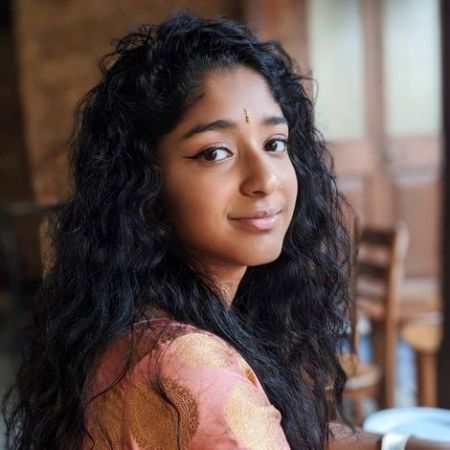 Maitreyi Ramakrishnan is a Canadian actress who is widely known for her work in Netflix comedy series Never Have I Ever. Her debut lead role as Devi Vishwakumar gave her the fame and name in the industry. She also appeared in an episode of Sidewalk Entertainment.

Maitreyi Ramakrishnan was born on 28th December 2001, in Mississauga, Ontario, Canada. She belongs to South-Asian ethnicity and holds the Canadian nationality.

Her parents migrated from Sri Lanka due to the civil war among Tamilians and Sri Lankan. Her father Ram Selvarajah is an IT specialist and her mother Kiruthiha Kulendiren is working in marketing. She was raised along with her elder brother Vishwaa Ramakrishnan in Ontario.

The actress was interested in acting while she was studying in Grade 10. After she completed her grade 10 from Meadowvale Secondary School. She gave audition for the series Never Have I Ever.

She Was Chosen From 15,000 Candidates For The Role

Maitreyi Ramakrishnan created her audition tape at the local library with her mother's camera. She was also asked to send four more videos of her before she was invited to Los Angeles.

She was chosen from 15,000 candidates to play the lead role of Devi Vishwakumar in the television series Never Have I Ever. She shared screen for the first time with actors like Poorna Jagannathan, Richa Moorjani, and  Jaren Lewison. 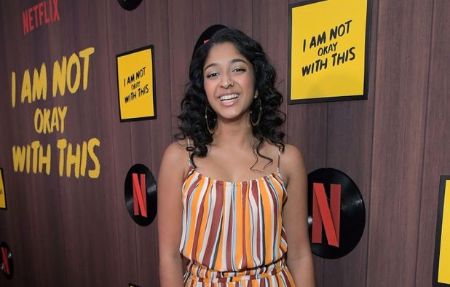 With just one series, she made her mark on the entertainment world and gained a huge fan following around the world. Even Today magazine enlisted her on girls breaking down barriers and changing the world and Variety said her performance was a breakout performance.

She also appeared on the TV show Sidewalks Entertainment for an episode.

How Much She Earned From The Show?

According to some online sources, Ramakrishnan has an estimated net worth of $250,000, as of 2020. She has not revealed much information about her wealth and riches.

The average salary of an actor is $50,000 per annum so, we can a s sume that she earned near or above the average. 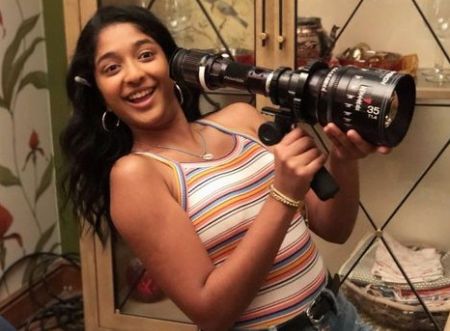 Is Maitreyi Ramakrishnan Dating Anyone?

Maitreyi Ramakrishnan is not dating anyone officially, as of 2020. She just completed her high school studies and then got her role in the series Never Have I Ever.

So she is busy balancing her time between her college and acting career. She is active on social media such as Facebook, Instagram, and Twitter. Her fan following gradually increased after her acting debut.