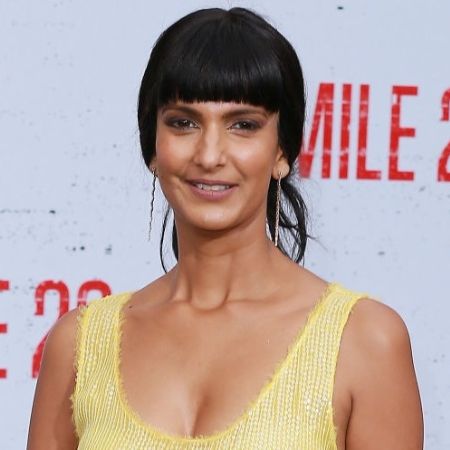 Poorna Jagannathan is an American actress and producer. She gained her popularity from the television mini-series  The Night Of. She also worked as a producer for the play Nirbhaya which won the Amnesty International Award for the Play Nirbhaya. However, she gained international fame, after appearing in Netflix television series Never Have I Ever.

Poorna Jagannathan was born on 22nd December 1972, in Tunis, Tunisia. She belongs to South-Asian ethnicity and holds the American nationality.

She is the daughter of Indian diplomat father Krish Krishnan and mother Vasantha Krishnan. As her father was a diplomat, she grew in Argentina, Pakistan, Ireland, and Brazil.

She graduated with a journalism bachelor's degree from the University of Maryland, College Park. She studied Master of Fine Arts in Acting in Actors Studio Drama School at Pace University. She dropped from the university after a year and continued with her acting course under Elizabeth Kemp.

Poorna Jagannathan started his career as an actress from the television series Law & Order in 2004.  The next year, she made her feature film debut from the movie The Weather Man, in which Nicolas Cage, Hope Davis, and Nicholas Hoult have the lead role. 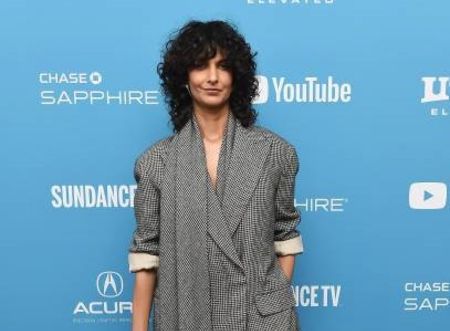 In 2020, She worked as a guest artist in the television series Messiah and Defending Jacob. She appeared as of the leading characters of the Netflix series Never Have I Ever along with Maitreyi Ramakrishnan and Darren Barnet.

She also worked as a producer for the play Nirbhaya for which the play won Amnesty International Award. Even The Telegraph described as one of the most powerful pieces fo the theater act you will ever see.

What Is The Net Worth Of Poorna Jagannathan?

Poorna Jagannathan has been working in Hollywood movies and series for a very long time. From her long career, she has collected $500,000 net worth, as of 2020.

The average salary of an American actor is around $50,000 per year. As she has appeared in various television series, her earning is probably more than the average salary.

Poorna Jagannathan married husband Azad Oommen on 11th January 2003. The couple has been together since then. 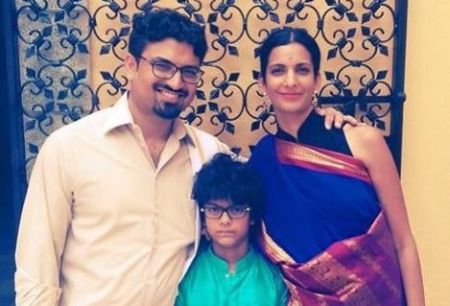 Poorna Jagannathan along with her husband and son SOURCE: Instagram

They are blessed with a son Anav Oommen. She is active on social media where we can see the glimpses of the life of this happy family of three.