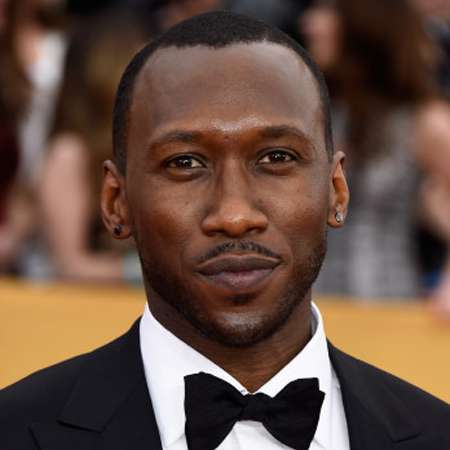 Mahershala Ali has landed a number of breakout roles in both movies and TV series. The American actor is widely known best for his roles in films like Predators and The Place Beyond the Pines. Mainly the actor's role in the coming-of-age drama movie Moonlight brought him strong reviews. And the role of a drug dealer in the movie also earned him the Oscar Award becoming the first Muslim actor to win the award. Ali smashing performance in the comedy-drama Green Book earned him another Academy Award.

Mahershala Ali was born on the 16th of February, 1974. Born as Mahershalhashbaz Gilmore, in Oakland, California. He is the son of Phillip Gilmore and Willicia Gilmore. He was raised as a Christina by his mother but converted to Islam in 2000. He also joined the Ahmadiyya Muslim Community.

His education was done in 1996 from the St. Mary’s College of California in Moraga and he graduated with a degree in mass communication. He entered the SMC College with a scholarship in basketball but did not want to pursue a career in athleticism.

After taking part in a staging of Spunk he started being interested in the field of acting. He also obtained an apprenticeship in the California Shakespeare Theater after his graduation. He also worked for the Gavin Report and got into the New York University graduate acting program. There he earned a Master’s degree and graduated in the year 2000.

His portrayal of Remy Danton on the Netflix series House of Cards is also a role which he has been critically acclaimed for. His minor roles have been shown on films like Making Revolution, Umi’s Heart, The Curious Case of Benjamin Button, Predators, Crossing Over, Go for Sisters, The Place Beyond the Pines, Kicks, the Free State of Jones etc. His role in the super duper box office hit movie Moonlight along with Trevante Rhodes, André Holland, Janelle Monáe, Naomie Harris, and Ashton Sanders earned him a lot of fame.

His television credits include acting in Crossing Jordan on the between 2001 and 2002, on Haunted, NYPD Blue on 2002 and on CSI: Crime Scene Investigation on 2003. He has also appeared in The Handler, Threat Matrix, The 4400, Lie to Me, Law and Order: Special Victims Unit, Lights Out, Alphas, House of Cards, Alcatraz etc.

Mahershala Ali's Net Worth And Earnings

Mahershala Ali has an estimated net worth of $8 million, in 2019, as per celebrity net worth. The actor has forged a prolific acting career with a number of breakout roles in many successful projects.

Mahershala Ali is a married man who tied the knots with his girlfriend Amatus-Sami Karim, an actress and musician, on June 27, 2013. The actor and his spouse Karim became the parents for the first time after they welcomed a daughter, Bari Najma Ali in 2017.  The two has been still together and living happily together with their child.

There have not been rumors or controversies regarding him being gay but as there is no information about him having a girlfriend, such rumors have come up. He has never been married and doesn’t seem to be planning on doing so anytime soon; it is also known that he does not have children.