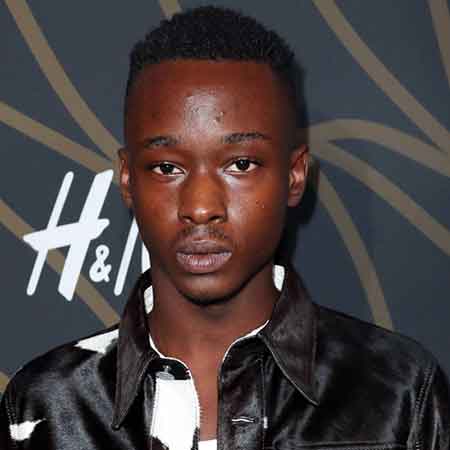 American actor Ashton Sanders became an overnight sensation after starring as a 16-year-old teenager Chiron in the 2016 Academy Award-winning movie, Moonlight. Both critics and audiences loved his performance on the film. He is considered as the next superstar of the Hollywood. Sanders' other movies include The Retrieval, Straight Outta Compton, The Equalizer 2.

Ashton Sanders was born on 24 October 1995 in Carson, California, United States under the birth sign Scorpio.

He was studying in a BFA at The Theatre School at DePaul University before dropping out in 2016 to focus on his acting career.

Ashton made his film debut in The Retrieval, where he portrayed the role of Will which premiered on 11 March 2013. He appeared on Straight Outta Compton in a small role. Sanders was also cast in the web series The Skinny in an episode of Squad in 2016.

In the same year, he appeared in his life-changing movie called Moonlight. The movie was a huge success and received dozens of awards including three Academy Awards for Best Picture, Best Adapted Screenplay and Best Supporting Actor for Mahershala Ali.

Critics praised his role in the film; Benjamin Lee called his performance ‘Powerful.’ As of 2018, he appeared in the movie named The Equalizer 2 as Miles Whittaker. His upcoming projects are Captive State, Native Son and All Day and a Night which will be released in the year 2019.

Ashton Sanders is still in the early phase of his career. He is on his way to being one of the successful and richest actors of the new generation. As of now, his net worth and salary are not estimated, it is still under review.

Talking about Sanders love life, like many celebrities these days, he has also kept his dating life under a radar. He lives a low-key life and does not talk much about his relationships.

Though it is hard to believe that the man as charming as Ashton does not have a girlfriend, but since there is no news of him having an affair we can a s sume that as of 2018, he is single.

Check out a video about how Moonlight actor Ashton Sanders relates to Chiron,