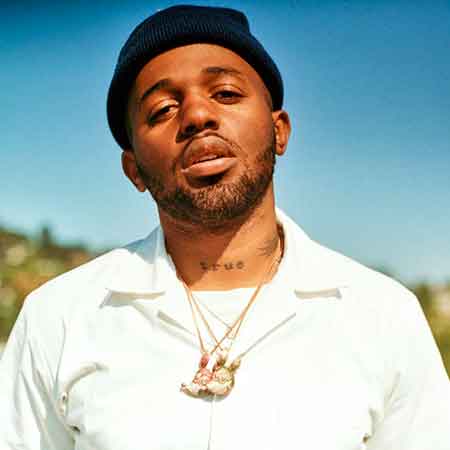 He is best known for his debut single "Uber Everywhere"  which reached the top 50 of the Billboard Hot 100. In 2017, he released his debut EP, You Are Forgiven.

His birth sign is Aries which defines his personality as Independent, energetic, and assertive, and has a fiercely rebellious streak and likes to do things their way. He has an older brother, rapper Robert "24hrs" Davis.

Davis was raised in a military family moving around and living in areas such as Virginia, San Diego, and Texas before spending the rest of his teenage in Yokosuka, Kanagawa. He attended  Nile C. Kinnick High School.

After high school, he moved back to Atlanta, Georgia with his brother. He started writing music after watching his cousin produce music while they were living in Washington, D.C.

MadeinTYO started his musical career in 2015, he released his debut single, Uber Everywhere on February 2016 under the Commission Music and Private Club Records.

The song was commercially successful and succeeds to reach #51 on the Billboard Hot 100 and number 10 on urban radio.  The single was certified platinum by RIAA.

Later, Davis released two singles, "I Want" and "Skateboard P" and both of them were certified gold and platinum by the RIAA respectively.

In April, he launched his debut mixtape, You Are Forgiven which was commercially released on iTunes in August and peaked at number 122 on the Billboard 200 chart.

MadeinTYO released his EPs, 24Hrs In Tokyo along with his brother, 24hrs in 2016. The following year, he came up with another EP, True's World. His most recent single, "Ned Flanders" with rapper ASAP Ferg streaming on YouTube and Spotify.

MadeinTYO is a popular hip-hop artist, in the short span of his career, he succeeded to establish himself in a musical fraternity. As per some online sources, his net worth is $2 million.  He earned a good sum from his musical career.

MadeinTYO is romantically involved with his longtime girlfriend,  Anhia Santana aka Distortedd. She is a Philadelphia-based painter and digital artist. The couple started dating in 2015 and since then their relationship is going stronger.

The couple announced they were expecting a baby boy

In June 2016, the couple announced they were expecting a baby boy via social media and they welcomed their first child, a son, True on January 29, 2017.

Similarly, the duo got engaged on February 2017. As of 2018, he is living a blissful life with his fiancée and son in Los Angeles, California.

Most streamed artists of 2016

MaderinTYO was named one of the top five most streamed artists of 2016 on Spotify by Business Insider.  He has more than 704k followers on Instagram as of October 2018.

His stage name MadeinTYO is pronounced as Made In Tokyo.

He stands at the height of 5ft 4in.

Check out the video of MadeinTYO,