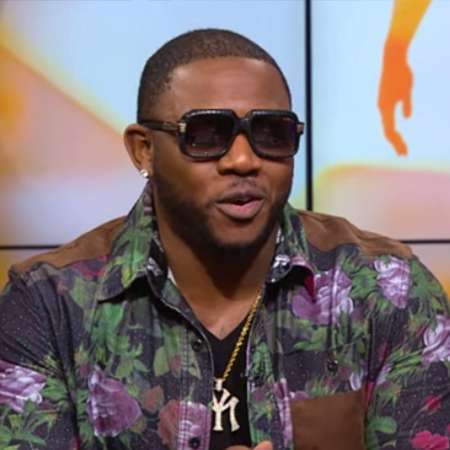 Mack Maine was born in New Orleans, Louisiana, United Sates in the year 1982 July 28. Age 31, he is the singer and rapper of hip hop genre. He has a friendship with Dwayne Carter aka Lil Wayne since when he was eleven years old. In the beginning years he competed with the other rappers and stood out 16th amongst thousand contestants in a freestyle battle hosted by MTV in the year 2003. This achievement of Mack Maine gave him the opportunity to combine with a backstage performance at 2004 BET Awards with Cassidy which eventually helped him to become the founding member of Young Money Entertainment with Lil Wayne in 2005. Since then Mack has been active in the singing and rapping occupation. His initial work was Lil Wayne.

Mack Waine is a promising rapper in the hip hop field liked by many music fans. He has been associated with Young Money, Lil Wayne, Birdman, Jae Millz, T-pain. He also has collaborated with Nicky Minaj in three songs, Snoop Dogg,etc. He has released a number of quality mix tapes and more are coming on the way. He has compiled “We are Young Money”, “Rich Gang” and “Young Money: Rise of an Empire” albums that had hit the top ten of the US Chart list. He had released an album called “Maine 4 President” in the year 2011 but could not promote as he is more focused and concentrated on promoting other artists of Young Money. Young Money has celebrated two win of BET Awards as Best Group in 2010 and 2014.

Mack Maine is a popular name in music industry. He is one of the richest celebrities having the net worth of 11 million US Dollars. Mack has won the “Patiently Waiting: Louisiana” award at the Ozone Awards in the year 2008. He has toured with Lil Wayne in many of the events. He has also appeared in many of the non single guest appearance performing with other artists. On September 2013, Mack was charged with sexual battery for the incident occurred on August of that year during the Lil Wayne’s “Amerika’s Most Wanted” Tour. It was reported that Maine had allegedly invited two women onto the tour bus and put his hand down their clothing grabbing her breast without her consent. It is also reported that those women wanted to leave the bus but he shut the door and punched one of them in her face breaking her jaw. Mack Maine had voluntarily turned himself in the Oklahoma County police for the issue and was released on 9,000 dollars bond. However, there is no exact information who is Mack currently dating or who is his girlfriend. He indeed is interested in girls but may be because of lack of time and focus on his work, he is not going to the official relation.

There had been a lot of gossip of Mack Maine and miley cyrus conversation over the Twitter for his infamous “Every Girl” song lyrics. The lyric had the lines “holla at me in three years, I don’t discriminate, no not at all.” And he even had changed his profile picture to Miley. Miley had tweeted asking why there has been her picture on his profile which he responded as she knows why. The conversation had continued as “cause I’m soooooo damn cute.” Tweeting to Miley as “yes u are!! And its been three years!!!” by Mack. Whatever the speculations the tweets give but miley is not hanging with Mack anyway. Mack’s fans can know more on him visiting through different websites. His videos can be found in YouTube and other online music stores. He is active in social media. His fans can follow him on Twitter and like him in facebook and get more updated with his recent activities.