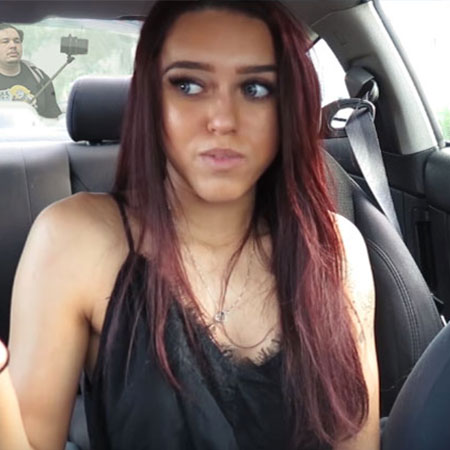 Macaiyla is a popular internet personality. She is an Instagrammer and also has her own YouTube channel which is filled with her personal Volg and H1Z1 gameplay. She came to limelight as the girlfriend of the famous League of Legends twitch strimmer Tyler 1.  She also used to live stream on Twitch like her boyfriend, especially of H1Z1.

Macaiyla was born on August 21, 1998, in New York, the United States of America. She was born under the zodiac sign of Leo and has the personality of creative, passionate, generous, and warm-hearted.

She holds an American nationality and belongs to the mixed ethnicity of Panamanian and Irish. Her father is of Panamanian descent and her grandmother is Irish. When Macaiyla was little she spent her childhood in the town of Colonie in Albany, New York.

Macaiyla was studying criminal justice but dropped out after 6 months as she was not able to handle the pressure,

Macaiyla began her career as a YouTuber on November 6, 2012, with a self-titled channel. Even though she created her channel in 2012, she started uploading videos in 2016.

She first uploaded a video titled 'Macaiyla |H1Z1 Montage' on August 13, 2016, and got a total view of 24,514. Her channel is packed with her gameplay videos and her personal vlog.

As of February 2019, she has around 52k subscribers on her YouTube channel with the total view of 2,350,051. Macaiyla’s most recent video was a tour of her house in Missouri that she shares with her boyfriend, Tyler Steinkamp aka Tyler1.

In the video shown below, Macaiyla is seen touring her house located in Missouri.

Besides YouTube, in the future, she hopes to become a fitness model and started to go Gym withTyler 1. She is also popular on Instagram and mostly posts photos of herself in a bikini flaunting her toned body. As of 2019, she has about 75.2k followers on her account.

On her free time, she used to stream online her like her boyfriend and has about 18,901 followers on her Twitch account. She usually lives a stream of League of Legends and H1Z1 games.

She was very popular on twitch until she got permanently banned talking, streaming and chatting on twitch. She was banned three days after her birthday.

It happened when her best friend TThump asked her to join TeamSpeak with a bunch of other guys and wanted to respond to a rude streamer TrailerParkin. She was banned form TeamSpeak after she said: “I’m gonna bomb you at twitch con.” To TrailerParkin. After a week she got banned from on Twitch too.

Macaiyla has the net worth estimated to be in thousands of dollars. As an Instagram star, she has saved a decent amount. Besides runs a YouTube channel which definitely boosts her income.

On July 3, 2015, Macaiyla was gifted with a brand new car, which she posted on her Instagram. She also has three cats, Theo, Nelson, and Emmitt.

I am one spoiled bitch

To talk about her boyfriend Tyler 1 has a net worth of around $1 million. Tyler mostly makes money from YouTube videos and also has his own brand which adds some money to his wealth. Currently, Tyler is one of the biggest and best Twitch streamers in the world.

Macaiyla has been also running her own YouTube Channel under her name where she has over 53.25 K subscribers as of 2019. It also plays a major role to boost up her net worth.

The social media star is not married yet. As mentioned earlier, Macaiyla is having an affair with a famous league of legends twitch streamer Loltyler1. She first met Tyler when she stream sniped him online with some of her guy friends and ended up meeting at TwitchCon2016.

They started dating after a couple of weeks. The reasons why she fell in love with him were his looks and gaming skills, and that’s the two things she digs. 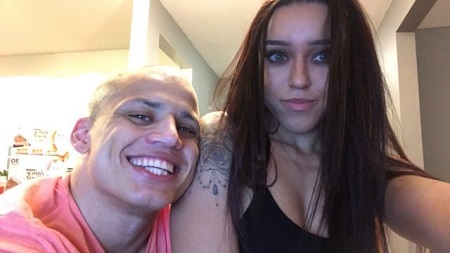 The social media star is currently living on a house at Missouri which shares with her boyfriend. Talking about her relationship with Tyler, she said, it has been the best and worst experience of her life.