Mónica Pastrana is a Puerto Rican model and television presenter. She is populat for hosting the show, Locas de Atar until its cancellation.

From 2014 to 2019, Mónica also starred in the comedy series, Raymon Y Sus Amigos. Besides that, she is also known as a beauty pageant contestant to compete in Miss Puerto Rico Universe 2009, Nuestra Belleza Latina, and Miss International 2009.

Mónica Pastrana's full name is Mónica Cristina Pastrana González. She was born on September 6, 1989, and is 31 years old as of 2020.

Born and raised in Manatí, Puerto Rico, Pastrana holds Puerto Rican nationality. At the moment, the details about her ethnicity, parents, siblings, family, and education are not available.

Contestant At The Miss International 2009: Success As Model And TV Presenter

Pastrana has been active in the entertainment industry since 2008. She started her professional journey as a model. Previously, Mónica took part at the Miss Puerto Rico Universe 2009 pageant representing the city of Arecibo on October 22, 2008. She was one of the 20 semi-finalists at the pageant.

The next year, Pastrana again participated in the reality contest, Nuestra Belleza Latina in 2009. On the show, she became one of the final 12 finalists and in which she completed in 7th position. 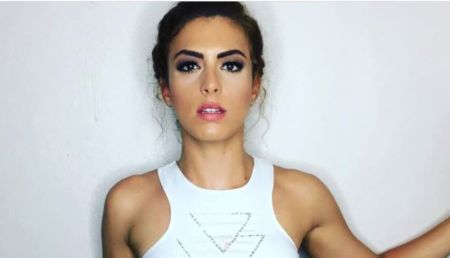 The same year, Mónica represented her country Puerto Rico at the pageant, Miss International 2009 held on November 28, 2009. Unfortunately, she did not place in that competition. Later, the 31 years old model started her television career hosting the show, Locas de Atar in Univision Puerto Rico, However, in 2012, the show got cancelled.

Professional since 2008, Mónica Pastrana has an estimated net worth of $500,000 in October 2020. All of her income is earned by her TV shows and modeling contracts.

5 feet 10 inches tall Mónica's single as of 2020. She has kept all the details of her personal life under wrap.

Pastrana is a fun-loving person. She prefers spending her spare time with her friends. She usually travels to different parts of the world whenever she gets time with her busy schedule.

To date, the TV presenter's name is not linked with anyone. Besides her friends, she is also not spotted with anyone in public and social media.

Is She Active On Social Medias?

Likewise, Pastrana is active on Instagram with 316K followers. As per the Influencer Marketing Hub, she earns between $943.5 to $1,572.5 per sponsor post with an engagement rate of $1.60%.