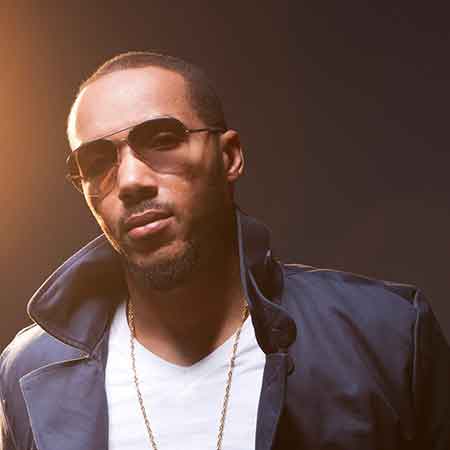 Lyfe Jennings is an American R&B and soul singer-writer, record producer as well as instrumentalist. New York Times mentioned him as a socially minded R&B singer. He is best known for the singles named Must Be Nice and S.E.X. In September 2010, he pleaded guilty to multiple charges which included refusal to take DUI test and possession of firearms by a convicted felon. The incident led to a three and a half year prison time.

Lyfe Jennings was born Chester Jermaine Jennings on June 3, 1978, in Toledo, Ohio United States of America to a working-class family. He has four siblings and he is the middle born of four siblings.

At a very young age, he lost his father as stated in his songs Ghetto Superman and More Than A Girl from The Phoenix. At the age of 14, he went to the prison due to legal trouble. He served 10 years in prison for felony arson.

Jennings began his career as a singer when he was a teenager. He started to perform with the group called The Dotsons which included himself, his brother and two cousins. At this time he got in legal problems and his musical career came to a pause.

After serving 10 years in prison, in 2002 he returned to his musical ambitions. In December 2002 after he was released from jail, he recorded a four-song demo CD. After one month of release of his song, he performed at the Apollo. During his Apollo residency, he sold 1000 copies of his four-song demo CD.

His success in singing career led him to move to New York City and pursue a major-label deal. In August 2004 he released his debut album Lyfe 268-192. He reissued his debut album with a new version of Hypothetically united as a bonus track featuring American Idol winner, Fantasia.

In August 2006, there arrived hip-hop-oriented follow-up The Phoenix with Three 6 Mafia and Young Buck as guest appearances. The album generated the hit S.E.X. that ultimately became his highest peaking single at that time. Jennings on April 29, 2008, released an album, Lyfe Change collaborated with few of the leading performers in hip-hop involving T.I., Snoop Dogg, Wyclef Jean.

Jennings then signed a new deal with Warner Bros and started working on another album Sooner or Later and released it in August 2010. In this album, he featured artists like Warryn Campbell, Bobby Valentino, Fabolous, Bryan-Michael Cox, Ludacris, Jazmine Sullivan and Anthony Hamilton.

He then completed another jail work for his acts arising from a 2008 domestic dispute. And in 2013 October he came back with Lucid released on the Mass Appeal label which topped in the Top 10 of Billboard's R&B chart. On June 2015 he came with a new album named Tree of Lyfe which reaffirms the purposes why people began loving music in the first place.

This soul vocalist and multi-instrumentalist Lyfe Jennings has collected a huge amount of money from his career as a singer. It is estimated that he has a net worth of $500 thousand dollars however the exact amount is not public. The main source of his income and earnings is from his singing career.

They all look like me lol... "The Jennings Bunch"!

His youngest son, Knoah Mendoza was born on January 2016, with ex-girlfriend and model India Mendoza.

Jennings was found to be secretly married to a woman named Gwen Scharkowski which did not last long. Scharkowski filed for divorce in Georgia on the grounds of adultery. With her, he has one child for which Jennings demanded a DNA test which confirmed the child to be his own. Their second child was born in April 2018. MTO News confirmed that Jennings plays a very active role in all his children's lives. As of 2018, he is single.

In October 2008, as per the Marietta Daily Journal, Jennings had argued with Joy Bounds and he destroyed her residence door and fired shots in the street and then led police on a 90 mph chase that ended when he crashed his 2005 Corvette. Then in 2010, he was convicted to 3 and a half years charged with multiple counts of felony. He was declared guilty to multiple charges arising from the incident.