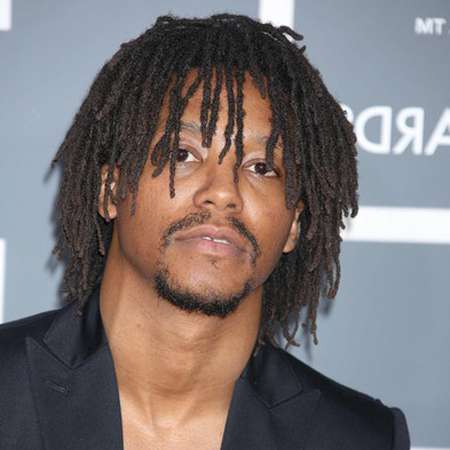 Lupe Fiasco is an American rapper, record producer, and entrepreneur. His real name is Wasalu Muhammad Jaco. He was born on February 16, 1982, in Chicago, Illinois. He is of a West African descent. He is one of the nine children of Shirley Jaco, a gourmet chef and, Gregory Jaco, an engineer. Fiasco is known for his debut album, Lupe Fiasco’s Food & Liquor, which was released in 2006.

Fiasco attended Thornton Township High School. He had a sort of unstable childhood, although he claims that he was well educated as a child, asserting that his parents exposed him to a diverse array of subjects and that reading was highly encouraged in his household.

Initially, Fiasco disliked hip-hop music due to its profound use of vulgarity. He preferred jazz over hip-hop. He started writing poems first and then started to rap them in the eighth grade. Upon hearing the Nas’ 1996 album, It Was Written, he began to pursue his career in hip-hop. During high school, he met a gang member Bishop G. and became friends. They made mix-tapes in his father’s basement.

At the age of 17, Fiasco began creating music as a solo artist in his father’s basement. At the age of 19, Fiasco joined a group called Da Pak. The group was heavily inspired by other California gangsta rappers such as Spice 1 and Ice Cube. They signed to Epic Records but split after releasing one single. They had been writing songs about cocaine, guns and women and Fiasco did not want to be a part of it.

After going solo for a while, he signed a deal with Arista Records but was dropped when a president and CEO L.A. Reid was fired. During that time, he met Jay-Z, who was the president of Def Jam Records at the time. Jay-Z helped him get a record deal at Atlantic Records. He also remixed Kanye West’s song “Diamonds from Sierra Leone” renaming it as “Conflict Diamonds”. He also performed on West’s song “Touch the Sky”. After the success of the song, he released his first single “Kick, Push”.

In 2006, he released his first debut album, ‘Lupe Fiasco’s Food and Liquor’ which received three nominations for the Grammy Awards including Best Rap Album. The album featured production from Jay-Z, Kanye West, Mike Shinoda, The Neptunes, Prolyfic, among others. In 2007, Fiasco announced his second album Lupe Fiasco’s The Cool. While recording the album, his father died of type ii diabetes and his business partner was convicted of heroin distribution.

The album was released in December 2007 and was well received by critics. In 2012, “Food and Liquor II: The Great American Rap Album” was released. On February 10, 2013, Tetsuo and Youth were released. His songs are a big hit in YouTube reaching millions of views. Most of his career related info is posted on his blog.

Lupe began taking martial arts classes at the age of three. At the age of five, his parents divorced. He went on to live with his mother, but his father was a huge part and influence of his life. After school, his father took him and spent a lot of time showing him the worlds. In the sixth grade, he went to live with his father full-time in Harvey, Illinois. His father taught him to use guns to defend himself from drug addicts and they lived near a crack house.

Fiasco is a video game fan. He is a huge fan of the Street Fighter series and has even defeated a professional player Daigo Umehara. He defeated Daigo 3-2 using Ken, a character within the game.

He has stated that he is a Muslim. He is noted for his anti-establishment views. His albums and lyrics are not related to violence but about his social, political and religious views. His current girlfriend is Dani Evans. He is not yet married.