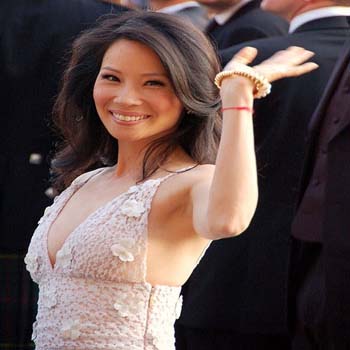 Lucy Alexis Liu is known as Lucy Liu. She was born on 2nd December 1968. She was born in New York, Jackson Heights, Queens. She is an American actress, artist and model. She is also an occasional film director and producer. She is also known for doing the role of Ling Woo who is ill-mannered and vicious in television series Ally McBeal in 1998 to 2002. For the role she had been nominated for a Screen Actors Guild Award for Outstanding Performance by a Female Actor in a Comedy Series and Primetime Emmy Award for Outstanding Supporting Actress in a Comedy Series.

Liu did many movies on her acting career since 1999’s till 2007 and still does some of them.The X-Flies,”hell Money” and Hercules:The legendary Journeys are some movies of her.She had also done movie in which she had played the role of a high class prostitute. In 2000 she did a movie which had become a box office hit and had earned a total of $264 million worldwide collections.Besides she had some failures too such as one in movie Ecks vs. Sever.She also had appeared in the Sex and the city TV roles playing a new client.She also did other movies like I Dated a Robot and “Love and Rocket”, The Simpsons etc.A movie Code Name in 2007 ,The cleaner etc are her movies.
Liu became a narrator for a musical group In August 2011.In 2013, Academy of Motion Picture Arts and Sciences had invited Liu to become a member of it.

She began doing mixed collage and media , photography and paiting when she was around 16 years of old.She also had shown her paintings, photgraphies and collages as a visual artist. From 2004 to 2006 Liu had also attended the New York Studio School for drawing, painting, and sculpture classes.Besides,she has also raised some funds to help the needy people and had also become she spokesperson of Human Rights Campaign.

Liu is the youngest child among the three children from her parent. Her mother Cecilia was a biochemist and her father Tom Liu was a civil engineer. When Liu was young her parents did many jobs to make the living. As she lived in a neighborhood consisting of various ethnic groups and communities she had learn quite a few languages such as Mandarin, Chinese, English etc .
Liu underwent surgery for breast cancer in 1991. She has studied many religions like Buddhism, Taoism and Kabbalah. She has studied meditation and believes that anything she does is spiritual and she finds something metaphysical and fascinating while meditating. In school she has also studied Chinese philosophy.  Since 2004 she has been member of Chinese –American organization which is a committee of 100 members.

She also had won an award for best villain from MTV for the movie Kill Bill. The Award for Best Drama Guest Actress and for this role she had received the Critics’ Choice Television.

She being an actor, a visual artist and a charity holder has a net worth of $15 million.Information regarding her salary has not been disclosed.