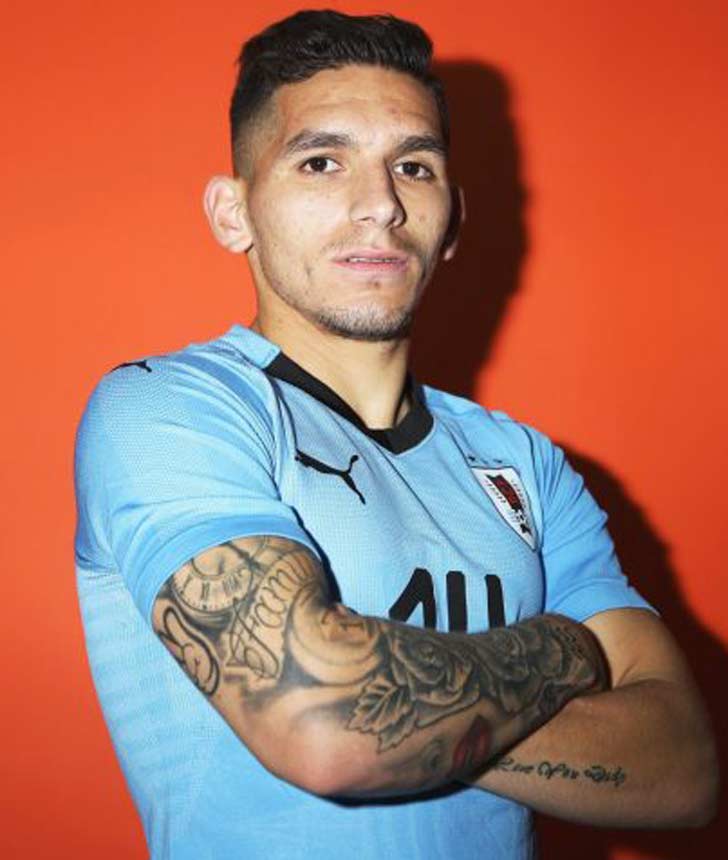 Young Defensive Midfielder has impressed everyone with his skills and performance. He currently plays for Sampdoria and recently the team accepted an offer of £26.5m from the English squad Arsenal. He will appear in the FIFA World Cup, the biggest stage to showcase his skills.

He started playing football at a very young age and joined his first club at the age of 14, I.A. 18 de Julio, his hometown club. He played for the club's youth team for three years and then joined Montevideo in 2003.

The same year he went to Italy to play for Pescara's youth team. He was called to play for the first team before the 2004-05 season started and debuted as a substitute on 25 October 2014. On May 16, 2015, he made senior team debut against Varese in Serie B. He played a total of 58 minutes after which he was substituted for Matteo Politano. Overall he played five games for the club.

The young talent was then transferred to Sampdoria on July 1, 2015, however, to gain the first-team experience he was loaned to his former club Pescara for the 2015-16 season. His first professional goal came against F.C Sudtirol in the 2015-16 Coppa Italia. On his loan spell, he netted three goals appearing in 26 league games and one goal playing three promotion playoffs.

Upon expiry of the loan, Torreira returned to the parent club on July 1, 2016. He made Seria A debut for Sampdoria on August 21, 2016, playing against Empoli. He played the whole game.

In the 2016-17 season, he became the team's regular by 2017-18 established himself as a key player of Sampdoria. He netted many crucial goals for his squad, among them is the second goal in a 3-2 win against Juventus.

The young talent will transfer to the English Premier League club, Arsenal after Sampdoria agreed to £26.5m($30725716) bid offered by the Gooners.

In Mach 2018, Torreira was called up to represent his country in the China Cup and made his international debut in the semifinals against the Czech Republic which Uruguay won 2-0. He has won 3 caps for his country.

In May 2018, he was listed as one of the players to play for Uruguay in the FIFA World Cup 2018 in Russia. Their first match is against Egypt.

The rising midfielder, Torreira through his successful football career has collected an estimated net worth of around $1 million, however, the exact figure of his earnings is not public. He was signed by Sampdoria for €1.5 million($1739191).

His current market value is €30 million($34783830). With his potential, the young player's net worth will surely rise in the near future. If he is able to perform in the World Cup, his salary is sure to hike up.

The young talent is fully focused on making his career and has made football his first priority. So far he has not made any of his relationships public which shows him to be a very private person.

His playing skill has been compared to Marco Verratti which certainly is a high praise as Verratti is one of the top midfielders in European football.

Besides football, Torreira is also active in social media such as Instagram accumulating more than 70k followers. He mostly posts pictures of him playing football or with his family.

He has two sisters, Ana Torreira and Pitu Torreira.