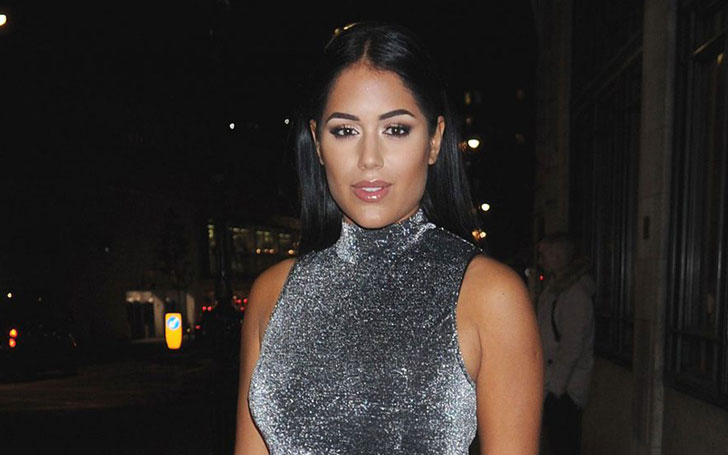 We just had good news that Malin Anderson gave birth to her daughter Consy. But alas, her one-month-old daughter passed away who was hospitalized since the birth. 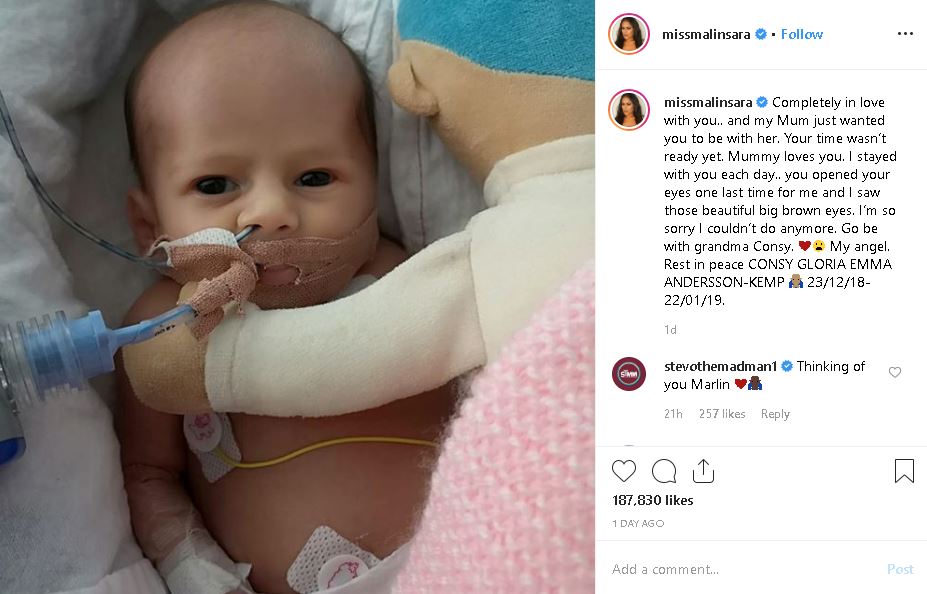 The reality star Anderson revealed and confirmed the tragic news through Instagram on 22 January 2019 and told followers that her daughter was with beloved grandma Consy.

Anderson named her four-week-old daughter after her late mother as a tribute.

Completely in love with you… and my Mum just wanted you to be with her. Your time wasn’t ready yet. Mummy loves you. I stayed with you each day.. you opened your eyes one last time for me and I saw those beautiful big brown eyes. I’m so sorry I couldn’t do anymore.

But she did not reveal Consy's birth until New Year. She was under extensive care at Great Ormond Street Hospital due to some complications. 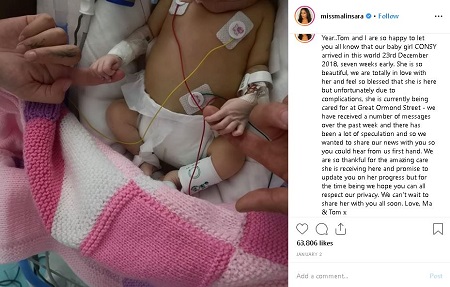 The couple had been updating all the fans and followers on the social media ever since the birth of her prematurely born daughter.

Just a couple of weeks ago Malin shared an image of her daughter holding her hand with the caption:

All your prayers, messages, healing.. it means the world to us. Baby Consy is still in intensive care and fighting each day... This has been the most difficult time I have ever gone through. I just want to hold her... It’s different to my mum last year. My mum was ready to go... my little girl isn’t. She has given me the ultimate purpose in my life and I’m not prepared to let her go.

After the death of baby Consy's many users and her celebrity friends expressed their condolences.

Malin with a broken heart and full of tears wished for her blissful afterlife. She posted an image of both together, with a caption:

My beautiful girl. Rest in Heaven now. Nothing has sunk in, and I have no words to say I’m speechless. I met you on Love Island and you brought such laughter into my life, up until now. Your smile is one of a kind and you have always been a beautiful soul inside and out. All I know is that you’re an Angel up there and in a better place.

Heartfelt condolence from us for the baby angel!!!