Love & Hip Hop's Jessica Dime and Boyfriend Shawne Williams are Engaged to be Married: Have they locked the wedding date? 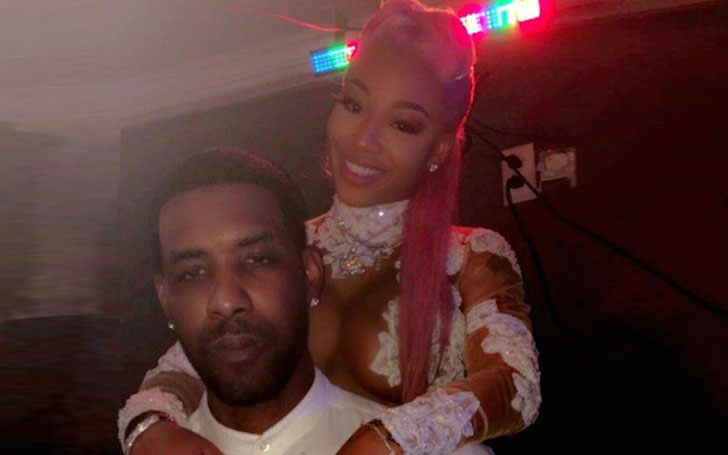 A big fan of Love & Hip Hop? This will definitely interest you then. Love & Hip Hop's beautiful and sassy Jessica Dime is off the market. She is engaged to longtime boyfriend, Shawne Williams.

The couple announced their betrothal in April 2017. How is Dime and Williams' relationship going on? Have they locked the wedding date? We have all the details here!!!

Jessica Dime Is Engaged To Shawne Williams: Details Of Their Relationship And Upcoming Wedding

Love & Hip Hop star Jessica Dime is soon going to be the wife of NBA star Shawne Williams. As per sources, Dime and Williams got engaged after dating for few months.

The 31-year-old NBA basketball player popped the question during their Jamaican vacation in April 2017.

The 32-year-old reality star flashed her stunning marquise shaped diamond ring on her Snapchat story on April 5, 2017, with a caption “God Is Good. The Future Mrs. Williams.”

Dime also celebrated her 31st birthday with Williams back in January 2017 giving a hint about their closeness.

She shared a snap with a caption:

"THANK YOU, MY LOVE"

Dime and Williams haven't disclosed their further plans for the wedding. It looks like they still have not locked the date yet. Well, wedding is the most important day of anyone's life which might be the reason that they are taking small and careful steps to plan their big day.

Prior to William, Dime was in a relationship with rapper Lody Lucci. Dime and Lucci's sex tape was also leaked by Memphis in late 2016.

As per Blasting News, it is a revenge by the rapper as the intimate video was leaked to the world after Dime shared a picture of herself with William to Instagram.