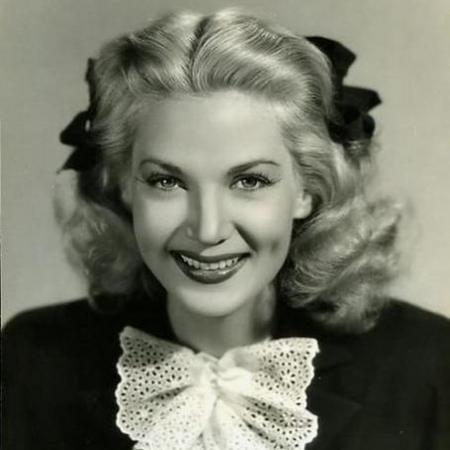 American actress Louise Allbritton was known best for her portrayal of roles on films like Pittsburgh, The Egg and I, Son of Dracula as well as Sitting Pretty. This actress plummeted into the heights of fame owing to her exquisite beauty and acting skills and retired several years after her marriage. She was born on July 3, 1920.

Louise was born on Oklahoma City, Oklahoma. She was born to E.E Allbritton and Wichita Falls. Her education was completed in the University of Oklahoma and her acting experience was gained after she enrolled in the Pasadena Playhouse. Her father did not approve of her decision to enter the field of acting and decided to cut off her allowances to ensure that she returned home. Despite this, she was included in a contract with Universal Studios, which gave her both money and support to continue her career in Hollywood. Allbritton was included in a USO troupe during the 2nd World War. The troupe was responsible for giving a number of performances despite the thunder of guns that could be heard when the shows were being carried out.

Allbritton’s filmography includes acting on the movie Pittsburgh on 1942 which was her debut film role. She then appeared on 1943 in the movie, Son of Dracula and on Fired Wife on the same year. She appeared on Good Morning, Judge, the very same year and has a role on San Diego, I Love You the next year. The Egg and I was her major role which was released on 1947 and she appeared next on the 1948 film Sitting Pretty. On 1948 she appeared on the move An Innocent Affair which was her last movie role. Apart from films, she also had radio appearances on Lady Esther Screen Guild Theatre on 1943 and 1944.

This beauty, married Charles Collingwood on 1946. He spouse was a well-known author and broadcast journalist. After some years of her marriage, she retired from her profession and focused more on her family life. There is no information available about if the couple had any children or not. Their relationship went strong without any chances and news of divorce and the relationship ended only at the time of her death. At the age of 59, Allbritton died in Puerta Vallarta, Mexico at her and her husband’s home. Her death on February 16, 1979 was a sad affair for her fans around the world.

The net worth of this beautiful and talented actress is unknown. She has a height of 5 feet and 7 inches and a beautiful body to match up with the height. Her acting skills were considerably good to have her obtain a number of film roles in a short time. Her career was a short-lived but a memorable one. Information about her can be found on various biographical sites like wiki and IMDB.