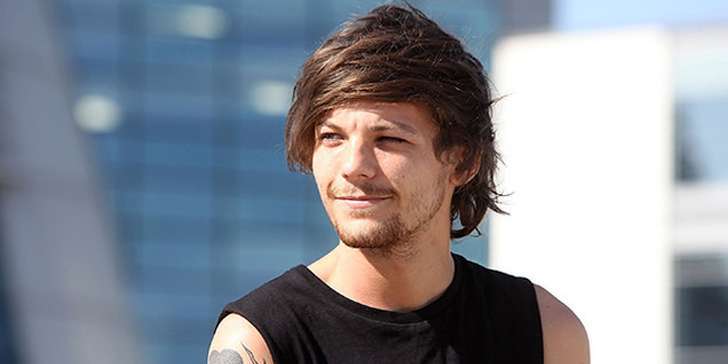 Latest rumors have it that the relationship of Louis Tomilson and his former Briana Jungwirth are not doing so cool after all. Louis Tomlinson has reportedly been banned from visiting the home of Briana Jungwirth, the mother of his five-month-old son Freddie Reign. The news is that the One Direction hunk has been ordered to stay away from the house after he brought his girlfriend Danielle Campbell along with him while collecting his son - a claim sources close to Louis strongly refute.

Insiders have claimed that the 24-year-old boy bander has been forced to pick up his son in a car park rather than the home of the stylish, 23, due to their 'strained' relationship. The singer is thought to have spent around 90 minutes with the newborn on Thursday before he handed the baby back to Briana in a car seat. Though Louis has been making a strong bid for time with his son, it's the first time that he has been seen with the mother of his child since she welcomed Freddie in January. The mother of his son has gone to an extent that show things are worse now.

The boy bander, who is a first-time dad to his 5 month year will be receiving his child, outside the house. That pretty much explains everything. Currently, Tomilson is having an affair with his new lady love. But has no plans on getting married yet. Well already a father, Louis needs to slowly start really thinking about marriage now. Tomilson was lately seen waiting for his toddler in his car along with his new girlfriend. He had a rough look and a beard to compliment that.

The matter between the former lovers is rumored to be in bitter terms along with the banning of Tomilson entry in the stylist's house. Some are also speculating that Louis's new beau might be also the reason why these two are in an estranged relationship level. However, both of them havent made any opinions about the matter just yet.