British actor Louis Hynes is known for portraying Klaus Baudelaire in the 2017 web television series, A Series of Unfortunate Events. He made his acting debut in 2016 appearing as Young Alaric in History channel’s American docudrama television series, Barbarians Rising. Within a short period of time, Hynes has become one of the promising actors of Hollywood.

Who Is Louis Hynes?

Louis Hynes was born in Oxford, England, on 9th October 2001 under the birth sign Libra. He is the son of Lisa Hynes (mother) and Andrew Hynes (father). Hynes grew up with his two siblings, Milo Hynes, and Lara Hynes.

He Is A Promising Actor

Hynes made his debut on the small screen in the 2016 American docudrama television series, Barbarians Rising as Young Alaric alongside Jefferson Hall, Nicholas Pinnock, Ben Batt, and many others. 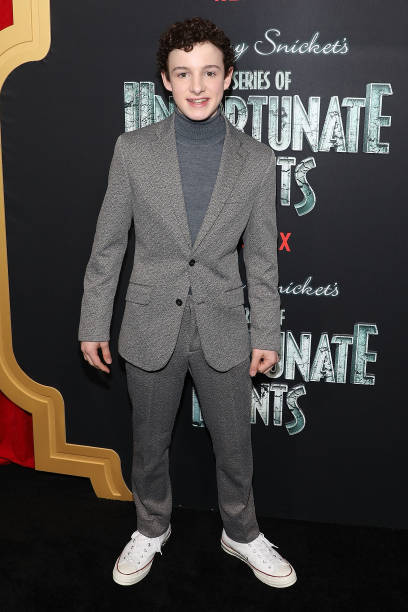 The next year, Hynes portrayed the character of Young Simon Templar in espionage thriller TV movie, The Saint. He shared the screen with Adam Rayner, Eliza Dushku, Enrique Murciano, Sir Roger Moore, and others.

After that, Hynes got his first big break, when he was offered the role of Klaus Baudelaire in American black comedy-drama web television series, A Series of Unfortunate Events sharing the screen with Patrick Warburton, Neil Patrick Harris, Malina Weissman, and more. He appeared in the series for a couple of years until 2019.

As per some online sources, Louis Hynes has an estimated net worth of $500k. Reportedly, he earns around $13K-15k per episode for his appearance in television series.

The young actor is still in the early phase of his career and has a long way to go. Considering his hard work, and, talent there is no doubt that within a few years he will accumulate seven-figure net worth.

Louis has also considerable fan following on his Instagram account which is also the main part of his net worth. As of 2020, the rising actor has 322k Instagram followers.

Is Louis Hynes Dating Anyone In 2020?

Louis Hynes is possibly single at the present and hasn't confirmed anyone as his girlfriend officially as of 2020. He is very close with his co-star, Malina Weissman; who portrays the character of Violet Baudelaire in A Series of Unfortunate Events. 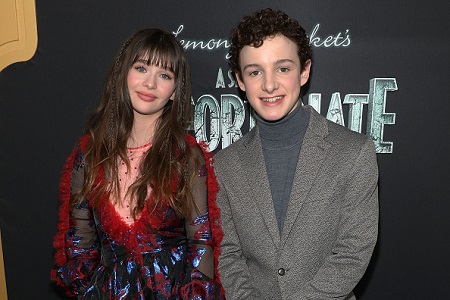 The couple is often spotted attending events together including the screening of their show at the AMC Lincoln Square Theatre on January 11, 2017. Because of their closeness, there are rumors of them dating, however, both the actors have denied the rumors claiming just to be good friends.

Hynes is also quite active on social media like Facebook and Instagram. As of 2020, he has over 322 thousand followers on his Instagram. He also prefers to go out for beautiful destinations and often snaps his traveling photos on his social media.

Here is an interview with Louis Hynes along with a rumored girlfriend, Malina Weissman.